The Nokia 7.2 is expected to be unveiled next month at IFA 2019 in Berlin. Ahead of the event, ZEISS, some tech reporters have been invited to see the device before the launch.

Joachim Kuss, who works for ZEISS shared a post on twitter about the press event, alongside a photo of the phone and therefore confirming the design. While the tweet has now been deleted, those who saw it took a screenshot. 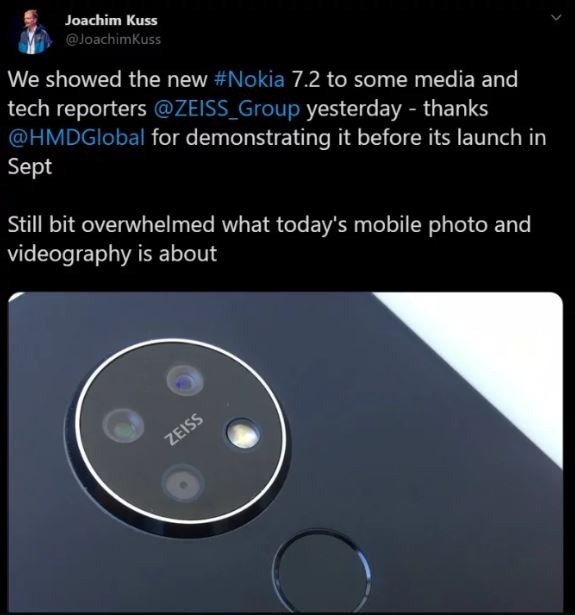 The render confirms that the Nokia 7.2 will come with triple rear cameras arranged in a circular housing just like we have seen in renders. There are two sensors at the top while the third and the LED flash are placed at the bottom. The camera housing isnâ€™t flush with the body of the phone and sticks out noticeably. There is also a fingerprint scanner below the setup.

If you take a close look at the sensors, you will that one of the three is a depth sensor. Alongside the main camera should be an ultrawide angle camera. 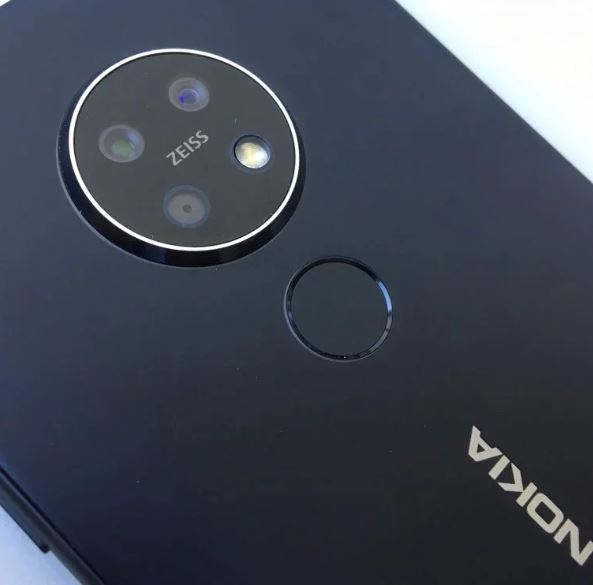 The Nokia 7.2 is said to have an FHD+ display and will be powered by a Snapdragon 660 processor according to itsÂ Geekbench result. It will have 6GB of RAM and run Android 9 out of the box. Just like otherÂ NokiaÂ phones, it should get two OS upgrades, so Android Q and Android R are guaranteed.

The Nokia 7.2 should be announced on September 5 alongside the Nokia 6.2 and some new feature phones at HMD Globalâ€™s IFA event.

Direct Messaging on YouTube To Shut Down on September 18