When talking about feature phones, Reliance Jio produces some of the best one out there under its JioPhone lineup in its home country. After tasting a tremendous success of JioPhoneÂ andÂ JioPhone 2, it appearslike the telecom company is all set to introduce its third-gen feature phone to be called Jio Phone 3 4G.

In a bid to regain the lost market, Reliance Jio has reportedly partnered with MediaTekÂ to make its devices more attractive to the consumer. Apart from this, the report also throws in some light on the expected launch date.

As at the time of reporting, there is not much known about the upcoming feature phone. Although it is quite confirmed that the device will make use of one of the MediaTekâ€™s processor. Rumours claims that both the companies are on the verge of launching a brand-new 4G feature phone in the Indian market. In fact, we might see the official launch event happening later this month. Just like the previous feature phone, Jio Phone 3 4G is going to run on the KaiOS with the support of Google Assistant. 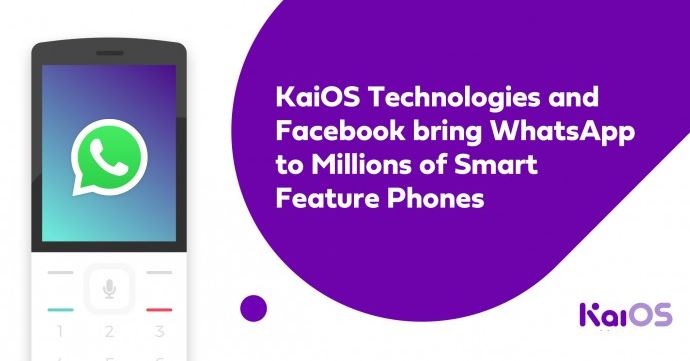 Initially, MediaTek was planning to work with Reliance Jio to launch an entry-level Android Go-based smartphone under the Lyf brand. Instead, both the brands shifted their focus towards a 4G feature phone.

For those whoâ€™re unaware, Reliance Jio currently uses chipsets from Qualcomm and Unisoc for their already launched feature phone. It would be quite interesting to see how the future MediaTek-powered Jio Phone manages to perform. Above all, we might also see a dedicated chipset for feature phones from the Taiwanese manufacturer.

Coming to the launch date, we might see the feature phone going official on August 12 along with Jio GigaiFiber. If youâ€™re unaware, Reliance Jio has scheduled its 42nd Annual General Meet on August 12.

Future Samsung A-series Phones To Be Powered By Exynos 9630

Feeling Too Hot? Reon Pocket, A Wearable Airconditioner By Sony Can Help

JioPhone and Other KaiOS-powered Devices Finally Gets WhatsApp

Feature Phones Taking Over Smartphones In Terms Of Apps

JioPhone and Other KaiOS-powered Devices Finally Gets…