Apple’s invites for the release of its new iPhones on September 10 shows that the company is ready for the unwrapping and while it has never really announces any specifications on-stage, other than the chipset and the fact that itâ€™s an OLED display (or an LCD), we now have leaked specifications of the upcoming flagships from the Cupertino firm.

A leaked image that surfaced on the TME community revealed the entire spec-sheet for the upcoming iPhones, and there are some surprises there.

According to the image, the iPhone XR successor will be called the iPhone 11 (that has been speculated in the past as well), and will come with a 6.1-inch LCD display, same as the iPhone XR, with a resolution of 1792Ã—828 â€” still not a 1080p display which is honestly just sad. It will also come, as expected, with the new A13 chipset, and a higher 4GB RAM. Itâ€™s also expected to have storage variants split into 64GB, 256GB, and 512GB. 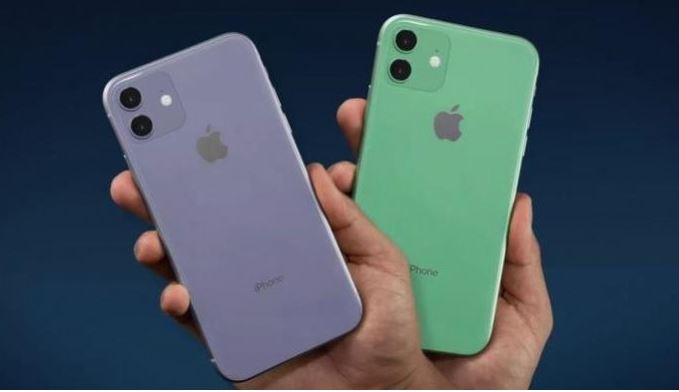 In terms of cameras, the iPhone 11 will come with a 12MP selfie-camera, and a dual 12MP set-up on the back, so we can expect better portrait mode photos from the phone. The phone is expected to be powered by a 3,110 mAh battery, and the leaked image suggests that Apple will price it at $749 â€” the same as the iPhone XR.

On the other hand, the iPhone 11 Pro, which will be the successor to the iPhone XS from last year, is expected to launch with a 5.8-inch OLED display with a resolution of 2436Ã—1125. It will also pack in the A13 chipset paired with 6GB RAM â€” thatâ€™s a first for iPhones and will definitely be a welcome upgrade. In terms of storage, the iPhone 11 Pro is expected to have 128GB, 256GB, and 512GB variants.

The optics department claims that the iPhone 11 Pro will have a 12MP selfie camera, and a 12MP triple camera set-up on the back â€” something weâ€™ve seen in leaked renders for a long time. The phone is expected to have a 3,190mAh battery, and a starting price of $999 â€” same as the iPhone XS. 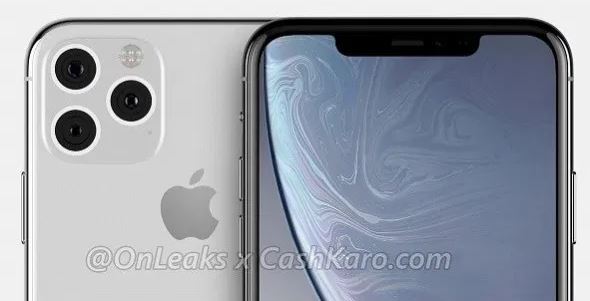 In the photography department, the phone is expected to be exactly the same as the iPhone 11 Pro, packing in a 12MP selfie camera, along with a 12MP triple rear camera set-up. The phone will have a 3,500mAh battery, and a starting price of $1,099. 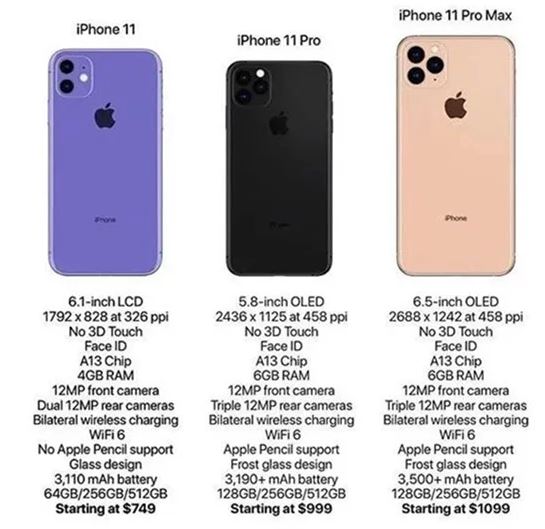 Though, those specs sound pretty good, apart from the still-not-FullHD display on the iPhone XR successor, bear in mind that this is a leaked image and all these specs are purely speculative at this point, so take this information with a pinch of salt.

That said, all the specs mentioned in this image look completely reasonable for the upcoming iPhones, so it might just be accurate. Still, weâ€™ll have to wait for September 10 to know anything concrete about the iPhone 11 series, including, what theyâ€™re gonna call the thing, so stay tuned because weâ€™ll be covering everything Apple launches at its September event.