Transsion Holdings is the parent company of Infinix with the other brands itel and Tecno. Infinix is preparing to launch a new phone called the Hot 8 soon and a live image of the phone’s retail box has been leaked. The photo reveals the design and some specs of the device.

The Inifnix Hot 8 will come in an Aqua Green box. The phone has a waterdrop notch, a significantly smaller one than that of its predecessor, the Hot 7. The phone also has a pretty slim chin and has its volume control and power button on the right. The design of the rear is not shown. 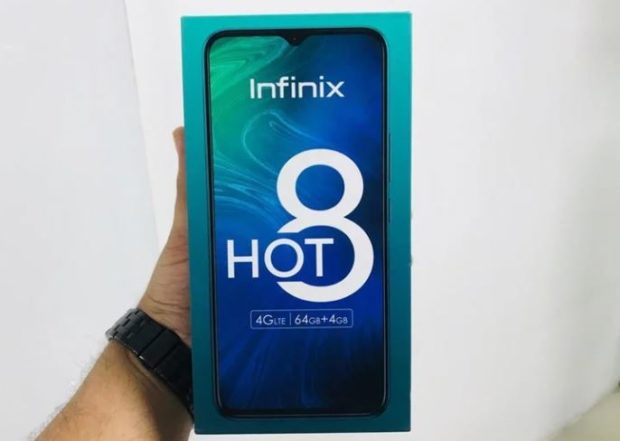 The retail box reveals the Infinix Hot 8 will have 4G LTE support. It will also come with 4GB of RAM and 64GB of storage.

While the rest of the specs are still unknown. However, we look forward to it coming with a more powerful processor than the 28nm Mediatek MT6580 processor that is inside the Hot 7.

According to reports, the phone will be launched in India later this month with a price tag around $140 (NGN50,000).

Leaked Specs and Features Of The Infinix Hot 8

The Specifications and features below are subject to change on official release.

iPhone SE 3 To Come With Large Screen, Launch Next Year