The Matrix, the Wachowski siblingsâ€™ 1999 sci-fi genre-changer, is returning to theaters again, but this time around just one week only, in honor of its 20th anniversary.

This will be the first time the film, which inspired a generation of filmmakers and sci-fi storytellers, can be experienced in Dolby Vision and Dolby Atmos at more thanÂ 135 Dolby Cinema AMC locations beginning Aug. 30.

â€œBringingÂ The Matrix to life in Dolby Vision and Dolby Atmos pays homage to the masterpiece that the Wachowskis created 20 years ago,â€ Doug Darrow, senior vice president of Dolby Laboratoriesâ€™ Cinema Business Group, said in a statement.Â  â€œMovie lovers will be able to see and experience unforgettable sequences like bullets flying in slow motion with the utmost detail â€“ transforming one of the most iconic sci-fi films of this generation.

Disney Plus (Disney+) Online Streaming Platform – Everything You… 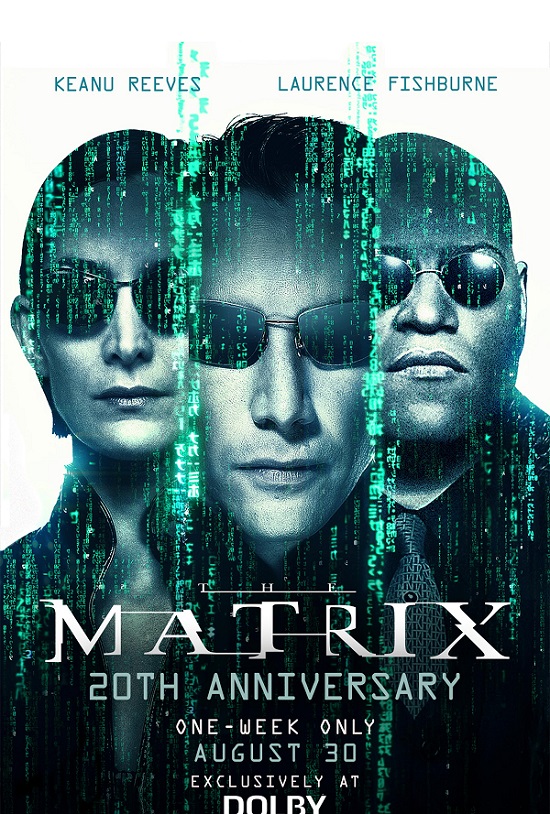 The Matrix, which earned four technical Oscars in 2000, centers on Neo, a seemingly ordinary hacker who learns the harsh truths about his reality: the world as he knows it is just a computer simulation called the Matrix. In an apocalyptic future where humans are at war with robots, the Matrix is projected straight into humansâ€™ minds as a distraction while their bodies are farmed by A.I. for energy.

Reeves, meanwhile, is in the midst of his later-in-life Keanu-ssance. This theatrical re-run will remind newbie fans why, even withoutÂ John Wick, heâ€™s Keanu freakinâ€™ Reeves.

How To Identify Fake Samsung Phones