Facebook has finally launched this feature it announced at the last year’s F8 conference. Clear History was set to launch soon after that announcement but a more than year later we were still waiting for it. It’s is finally here but under a different name, “Off-Facebook Activity”.

This tool that allows people to see what kind of information Facebook has colleges about their online activity outside of Facebook including news and shopping websites visited. Users will now have an option to dissociate that data from their accounts.

Facebook uses your digital footprints for targeted ads that are sometimes too horrifying. This data has been only accessible to Facebook and now that they’re giving that access to its consumers is a welcome move albeit a late one – Facebook said that it was taking long as they had to redesign how data is stored and processed to be indexed in order for dissociation from user accounts. 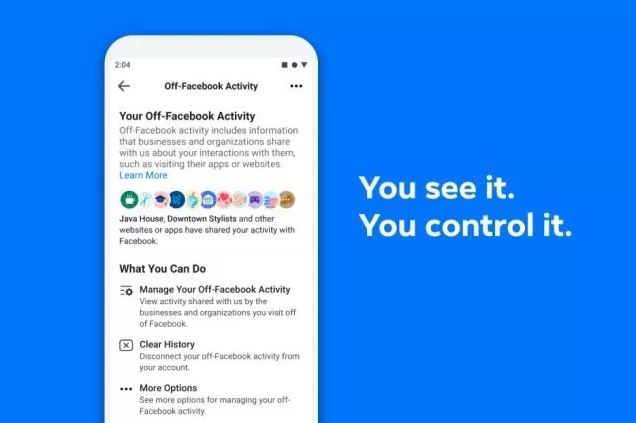 How To Enable It

The new tool is found in Account Settings > Off-Facebook Activity

“Off-Facebook Activity” tool displays a summary of those third-party websites that shared your visit with the social media giant and then allow you to dissociate your browsing history.

You not also get the ability to opt-out of future off-Facebook activity tracking buy also selectively stop certain sites from sending your browsing history to Facebook.

Who Is Getting It?

This feature is rolling out to some users in Ireland, South Korea and Spain. It will later roll out globally in the next coming months.

Note: Facebook isn’t deleting your browsing data but only disconnecting your account to that data that will still appear in aggregated audience data.