Samsung is well-known for very special ideas on how to maximize the screen of a small device such as a mobile phone without having to resort to folding screens: with three screens, one on top of the other and that unfold like a hand fan. 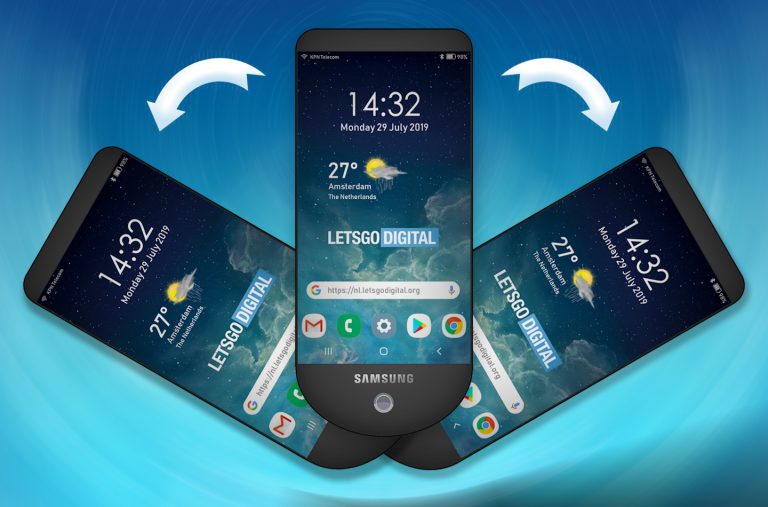 The concept is obvious from the particular patent filed by Samsung in the Korean patent office in August 2018 but was not approved until early 2019. A screen consisting of three panels that pivot on an axis to deploy is described.

So, How Does This Smartphone With Three screens Work?

Well, sadly, the patent itself left very few text for us to medidate on. Although it is indicated that â€œthe design represents the invention of a device with a screen for displaying imagesâ€. And it is a smartphone, a tablet or a multimedia terminal. The schemes included in the patent, however, speak for themselves. 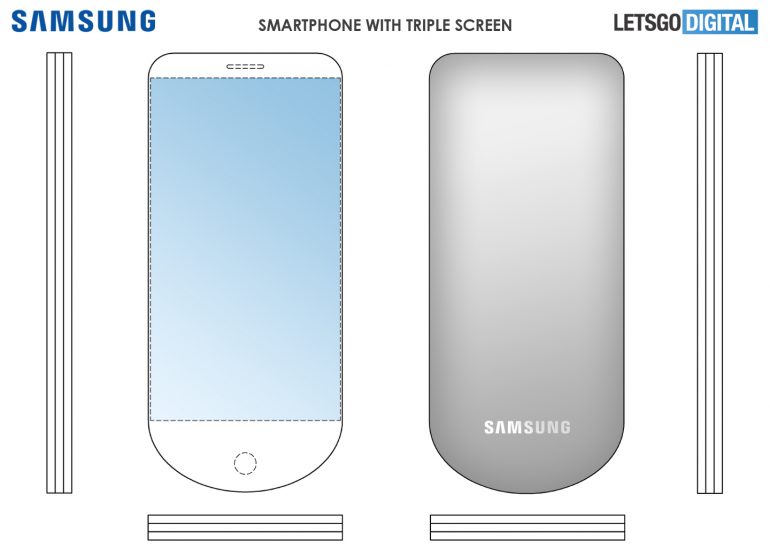 According to this patent, the device will come with three screens, one on top of the other. When the device is folded, only the top screen is accessible. However, the other two screens, located in layers just below, rotate on an axis to unfold like a fan.

Although it is a curious way to add more screens that does not involve folding them, the truth is that it is difficult to imagine a functional smartphone that includes them, and it would be really difficult to adapt the applications so that they can adapt to a system with three screens. They have two main orientations, left and right. 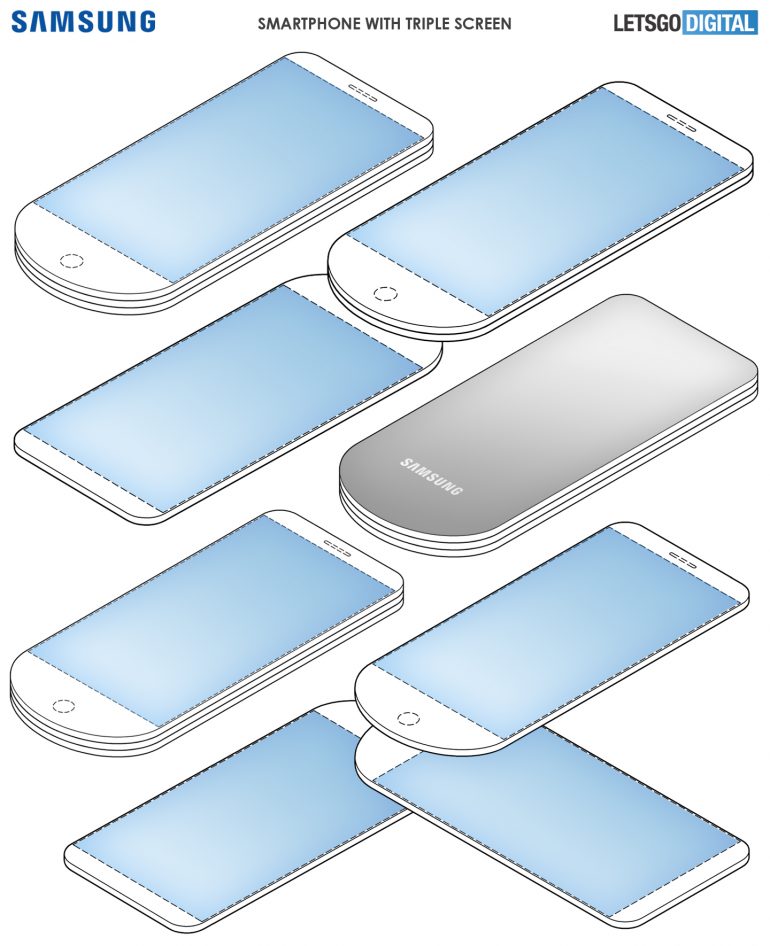 Another issue would be the difficulty to include the components of the mobile (battery, cameras, etc.) when the body is divided into three.

Of course, patents, patents are, and does not mean that we end up seeing any fan mobile in the future, although at least we can giveÂ SamsungÂ points for the creativity of this concept. Itâ€™s almost as crazy as Oppoâ€™s, where one smaller screen came out of another.