While the Snapdragon 730 and Snapdragon 855 chipsets leads the hosts of mid-range and flagship devices respectively, Qualcomm is now looking to boosts its entry-level portfolio as well. The chipmaker has today announced the Snapdragon 215 mobile platform that brings a number of firsts to the entry-level segment.

The Snapdragon 215 chipset comes as an upgrade over the Snapdragon 212, with the biggest change being that it packs a 64-bit CPU. It’s still a quad-core processor that is equipped with four ARM Cortex A-53 cores and the jump to a 64-bit architecture is going to enable it to deliver up to 50% improved performance than its predecessor.

The 64-bit CPU, as Qualcomm puts it, also adds to the longevity of a smartphone that comes equipped with this chipset. This means it will support upcoming 64-bit Android versions, as well as most of the apps on the Play Store. Snapdragon 215 chipset also features an integrated Hexagon DSP and Adreno 308 GPU for 28% uptick in gaming performance. 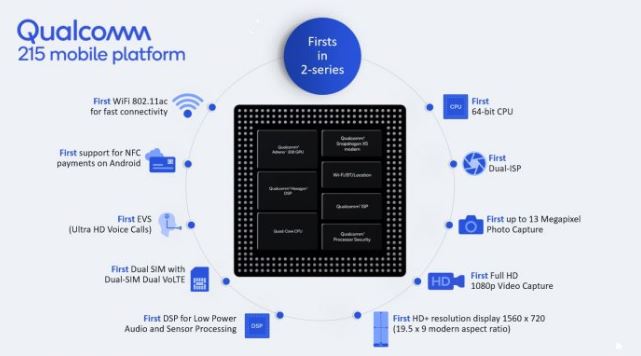 The Snapdragon 215 chipset supports HD+ display, with up to 19.5:9 aspect ratio and 1560 x 720 resolution, which means we might see more Realme C1-like modern devices in the entry-level segment really soon.

This is also the first entry-level Qualcomm mobile platform to sport dual-ISP and that means it can feature dual-cameras. Well, the secondary sensor can either be a depth or telephoto sensor, which is awesome This chipset can help you capture 13MP photos and record 1080p videos – all thanks to the dual ISP onboard. 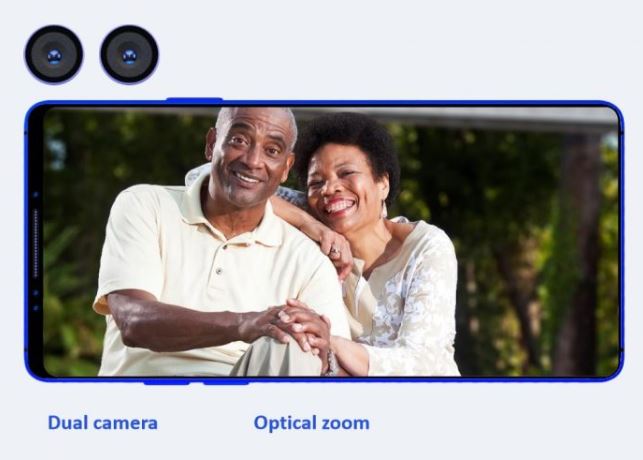 Qualcomm also touts that the integration of the Snapdragon X5 modem on this chip (it supports LTE Cat4) and that it offers download speeds of up to 150Mbps, dual SIM with dual VoLTE support, and EVS (or Ultra HD) voice calling even in the budget segment. It delivers another first with Wi-Fi 802.11ac support, which means you’ll get faster Wi-Fi download speeds.

Another major upgrade to the Snapdragon 215 comes in the form of support for Quick Charge technology, something which has become common in most smartphones these days. You don’t want to be sitting hours on end for your smartphone to juice up, ahem iPhone! There’s NFC payments support available with this chipset as well.

Easter Message: “We are determined as never before to continue with...

You Can Download the New Colorful iPad Pro Wallpapers Here