The Features Of OPPO Waterfall Screen

When Samsung launched the first smartphone from its Edge line, we all thought the smartphone market would change a lot. At that particular period, it was the only handset with a curved screen. Later, many other companies brought their own handsets with such a solution. One of the most popular models was the Xiaomi Mi Note 2. But this was done with a single purpose in mind â€“ to increase the screen ratio. Honestly, the smartphone makers have been sleepless and thinking about this all the time. 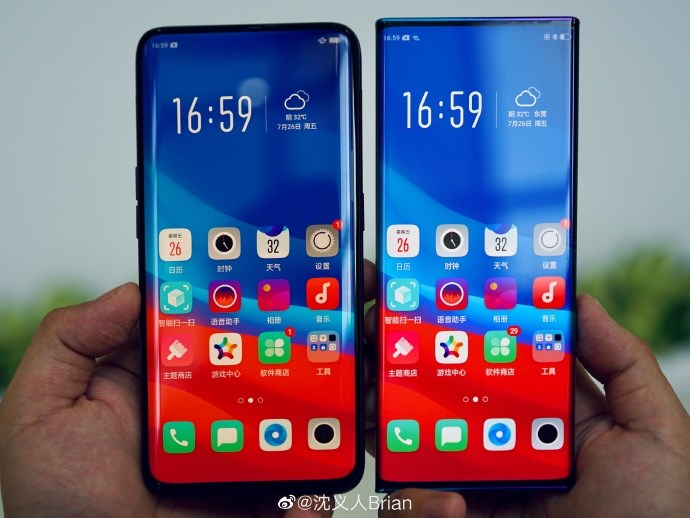 Today, OPPO vice president, Brian Shen made us go back. Through Weibo, he announced the worldâ€™s first waterfall screen. It has a high screen ratio and the screen bending reached 88 degrees. The OPPO Waterfall Screen is the latest attempt to further improve the display capabilities on smartphones.

The new display takes us closer towards a truly 100% screen-to-body ratio on phone displays.

The effect is a deeper, more immersive, visual experience. Have a look at the two edges of the OPPO Waterfall Screen:

One wonders about the usability issues that plague dual-curve phone screens though â€“ accidental touches and dropability. Those phones tend to be easy to drop because there is less grip surface and users struggle not to touch or trigger one thing or the other on the screen accidentally. With an 88 degrees curve, it will be interesting to see how OPPO takes care of these issues.

When are we going to see the first OPPO Waterfall Screen smartphone in the market? No word on that yet, but we expect an announcement soon.

Nokia 9.1 PureView Will Come With 5G Support and A Better Camera