The Samsung Galaxy Note10 is going to be official on August 7, and as expected, more rumors and leaks are pouring even as we have only a few weeks to go.

Released by tipster Evan Blass, the render, unlike theÂ previously leaked ones, looks more official given Samsungâ€™s other marketing renders. The render accompanied by the S pen clearly beams light on the Galaxy Note10 from an angle â€“ the top. It also showcases the large screen which looks disturbed by any form of cut-out or bezels, except for the centered Infinity-O hole-punch front-facing camera. 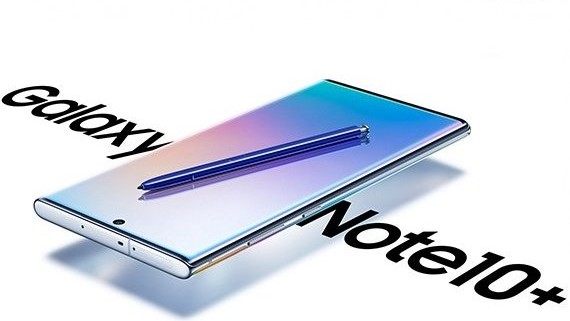 Mostly noticeable from the angled position is the flat top which perhaps should see the screen occupying more space than ever before. The Galaxy Note9 for comparison sake has a more rounded top. It houses the MicroSD/SIM slot, perhaps with an IR blaster. The top and bottom both are entirely not clear here, however, past render reveals that the bezels are even now smaller than the S10 top and bottom bezels.

Overall, the Galaxy Note10 is now more blocky than ever. And obviously, the Note10 has an in-display scanner. And also bids goodbye to the headphone jack as well as the signature Bixby button.

On the flipside, previously leaked renders reveal the Samsung Galaxy Note10 has a trio of vertically arranged cameras. The Note10+ retains the same setup, but with an additional 3D time-of-flight sensor.

Early reports say the basic version of the Galaxy Note10 will start at about $1200. Although that may differ from region to regions.

The renders donâ€™t confirm any of the specs, but it does further confirms that the watch got the same look like the original Galaxy watch active. The Watch active has only been in the market for a short while, and that raises the suspicion that the Active2 might not be ripe for launch yet.

Unlike theÂ standard Galaxy watch active that only launched with the silicone straps, the render suggests the Active2 is likely to launch with a leather strap, perhaps with the silicon straps option. It will come in in two sizes â€“ 40mm and 44mm. And in three colors â€“ black, gold and silver, and with Wi-Fi-only and LTE models. The rendered unit is black, and likely the LTE model.

The render has a power button on the side with a red ring, though we do not sure what that signifies. Beyond the design, the Active 2 could offer ECG, Fall Detection, perhaps with some exciting new features.

August 7 is the widely plausible launch date. Although a pre Galaxy Note 10 launch is an option if the August 5th on the render is any Indication.