Galaxy Tab S6: Samsung Skips A Number For Its Next Flagship Tablet

Samsung Galaxy Tab S6 could be the name of the successor of the Galaxy Tab S4. This news was revealed by the Twitter leakster on the next flagship tablet of Samsung. This simply means that there will be no Galaxy Tab S5.

Last May we had the first information on the new tablet fromÂ Samsung, with the code names SM-T860 and SM-T865 respectively for the Wi-Fi and LTE variants. The version with cellular connectivity was also spotted in the Geekbench database revealing part of the datasheet: Snapdragon 855, 6GB of RAM, 128GB of storage and Android 9 Pie. 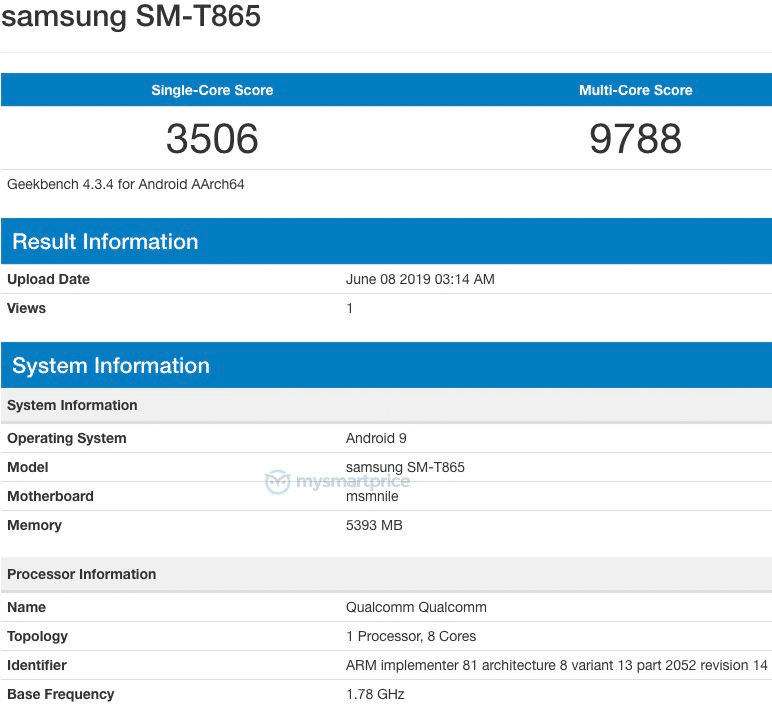 Samsung has already marketed the Galaxy Tab S5e at the beginning of the year. And the subsequent arrival of a Tab S5 could obviously create confusion. For this, Samsung could decide to jump straight to S6. Already with the Galaxy Note, a version had been skipped passing from Note5 to Note7 to conform to the Galaxy S series.

At the moment there is no information on the announcement and the arrival on the market. Likely we will know something more at the announcement of the Galaxy Note10. The new flagship smartphone will be presented on August 7.