The New Google Messages app for Android Public Beta is Available Now. Give It A Try Now?

Google has finally a public beta of its new Messages app available for everyone. The app was formerly known as Android Messages.

The beta program is currently full, but keep an eye onÂ the signup page for an opening when it becomes available again. Just like other Android beta programs, it’s a simple opt-in process â€“ you don’t need a special invitation. 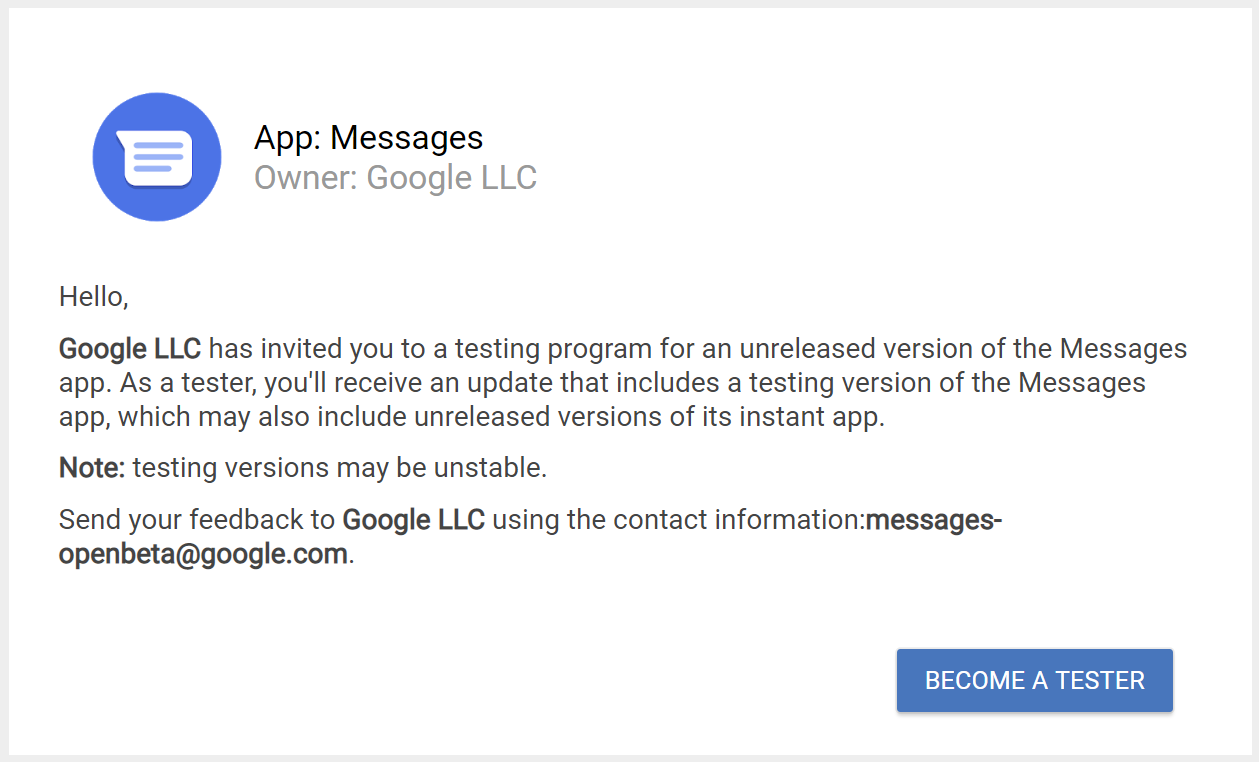 Google said in a public announcement;

“The Open Beta gives users the opportunity to test, and provide input and feedback, on experimental features not yet released to the general public.”

When you’ve successfully joined the program, you’ll receive all future updates to the app. These might includes some early bugs, though Google’s beta releases are typically quite stable.

At present, no new features seem to have been rolled out to testers, but hopefully future updates to the app will include the Rich Communication ServicesÂ (RCS) that Google began rolling out in the UK and France last month.

RCS is Google’s attempt to create a secure messaging app like WhatsApp, Signal, Viber and Telegram. There’s no timeframe yet for when it will roll out globally, but the new Messages beta is a promising sign, and more secure alternatives to SMS are always welcome.

Where Can I Download the new Google Messages App?

How To Download Nintendo Mobile Game Dr. Mario World for Android and iOS