Apple is expected to release its next-generation iPhones later this year. The development of the next series of iPhones has been behind closed doors. However, we already know that the iPhone 11 will use a triple rear camera setup.

According to the latest report, the upcoming Apple iPhone 11/XI comes with “Yuba triple camera”. Now, what looks like a real image of this smartphone surfaced somewhere in the wild. 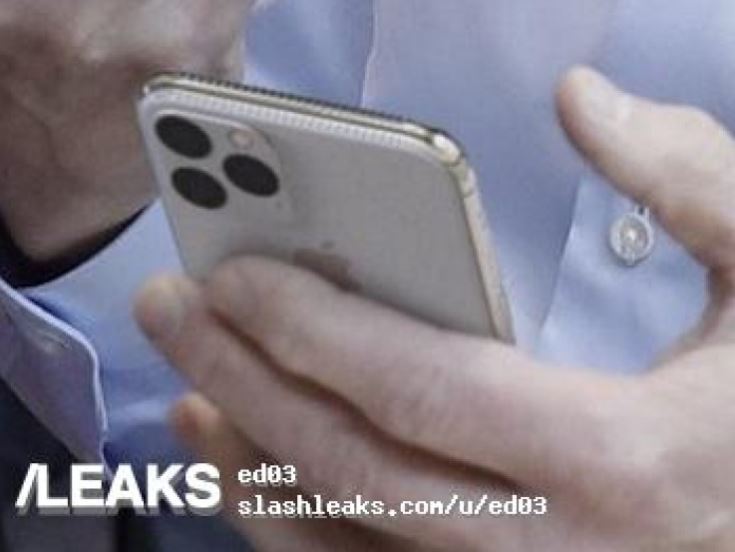 According to Slashleaks, the image is most likely the real image of the Apple iPhone 11 (or a model). The rear of this smartphone uses has a triple camera with a flash. The middle frame continues the gold pattern of the iPhone XS/XS Max. Of course, the most striking thing is the huge back three shots, but, frankly, the three black holes have PS traces, at least they don’t look natural or aesthetically pleasing.

It is reported that this year’s iPhone will be officially released on September 10. In addition to the square three-shot, Apple is also expected to increase the battery capacity, support faster-wired charging, reverse wireless charging and will cancel the 3D Touch functions. There are reports that Apple may face a shortage of display supply for the iPhone 11 series. In addition, Apple is making attempts to negotiate with BOE for OLED displays for future iPhones.

Join Us On Telegram
ALSO READ:  Infinix Hot 6 Pro May Come With Dual Cameras and an 18:9 Display
Advertisement
Advertisment

Infinix S5 is Coming Soon: Everything We Know