Today is tagged World Emoji Day and to mark this day, both Android and Appleâ€™s iOS and macOS are sharing details on new emojis coming to these popular operating systems. The Unicode Consortium approved the new emojis that are part of Emoji 12.0 that will come with Android Q, iOS 13 and macOS 10.15.

Android will be getting 65 new emojis including 53 gender-inclusive ones coming with Android Q and will have additions with character differences such as between guide dog and regular dog, sloth and otter.

Others expected include waffle and garlic emojis plus new ones to celebrate events such as the Diya lamp for Diwali celebrations. 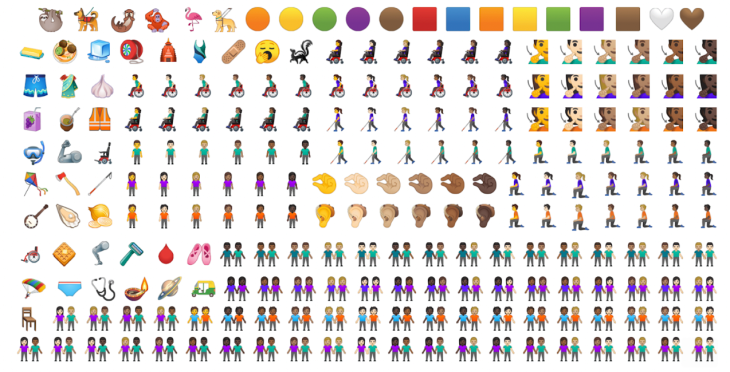 Gender ambiguous emojis will feature but like the rest of the current emojis, you can select between female or male. Thereâ€™s also multicoloured couples emojis too. Pixel users in the Android Beta can view them but canâ€™t send them to other users

Thew emojis will feature disability themed options and the ability to select skin tone and gender for its other emojis such as the holding hands emoji that gets up to 75 options.