In a bid to curb the spread of fake news and hoaxes, Twitter has wiped out almost 5,000 accounts suspected of being directly run or linked to the Iranian government.

The micro-blogging site said all the account sets were originated in Iran. 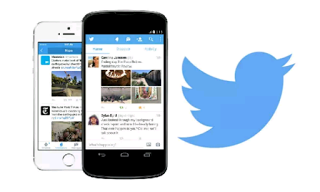 â€œWe believe Twitter has a responsibility to protect the integrity of the public conversation â€” including through the timely disclosure of information about attempts to manipulate Twitter to influence elections and other civic conversations by foreign or domestic state-backed entities.

â€œWe believe the public and research community are better informed by transparency,â€ Yoel Roth, Head of Site Integrity, Twitter, wrote in a blog post on Thursday.

Twitter cracked down on a total of 4,779 pages and it took down at least 1,666 accounts in set one that originated in Iran.

They posted global news content, often with an angle that benefited the diplomatic and geostrategic views of the Iranian state. Platform manipulation is a violation of the Twitter Rules, the company noted.

The micro-blogging platform has been regularly removing accounts, it suspects of election interference from Iran, Russia and other nations since the fallout of the 2016 US presidential election.