TheÂ Samsung Galaxy A30 is getting a new firmware update. TheÂ A305FDDU2ASE5Â update weighs in at 459 MB and features minor improvements to the camera alongside improved third-party app compatibility and the latest June security patch. 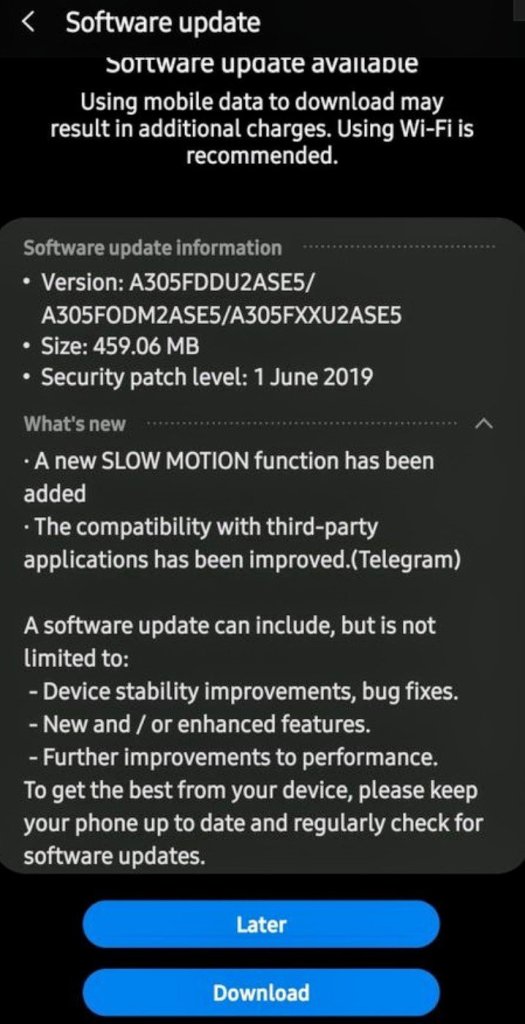 Galaxy A30 users will now have the ability to record slow-motion videos, which was previously unavailable. The other major addition is the improved compatibility with third-party apps with Telegram being highlighted.

The new update is being pushed out in India, Thailand and Malaysias with a larger roll-out expected in the coming weeks.