Yesterday, some alleged Galaxy Note10 Pro case images surfaced appears online. Though there have been a series of 3D renditions of the Pro version flying around but we were able to see a few images of a basic silicone case that’s allegedly made for it.

The case seems to confirm all previous leaks and renders we’ve seen of the device. There doesn’t appear to be a cutout for a 3.5mm headphone jack at the bottom, there looks to be a cutout for an IR on the top and the rear shows a vertical cutout for a triple camera as well as a separate cutout for the flash and likely heart rate/blood pressure sensors.

And now we have screen protectors for the upcoming Galaxy Note10 and 10 Pro. 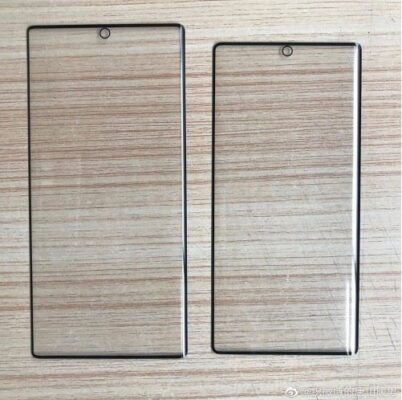 Previous renders already showed that Samsung is gearing up to ditch the top corner side cutout design of the S10 series and move the selfie camera in the center of the top.

Noted tipster Ice Universe also posted a few Note10 screen protectors which don’t feature the cutout for the selfie camera. Either way, given the Note10’s presumed ultrasonic in-display fingerprint scanner the protectors will have to be specially designed for the Note10 in order for the reader to work properly.

Compare the size of Note10 and Note Pro pic.twitter.com/XWsEEDVjY1

Samsung is expected to announce the Note10 line on August 10 so we’re bound to see more news in the months leading up to the event.

DSTV Now: You Can Now Stream Movies, TV Shows on Your...