TheÂ Nokia 2 that was unveiled in October 2017 with Android 7.1.1 Nougat out of box received Android 8.1 Oreo back in March this year. And, it now turns out that was the last version update for the entry-level smartphone. 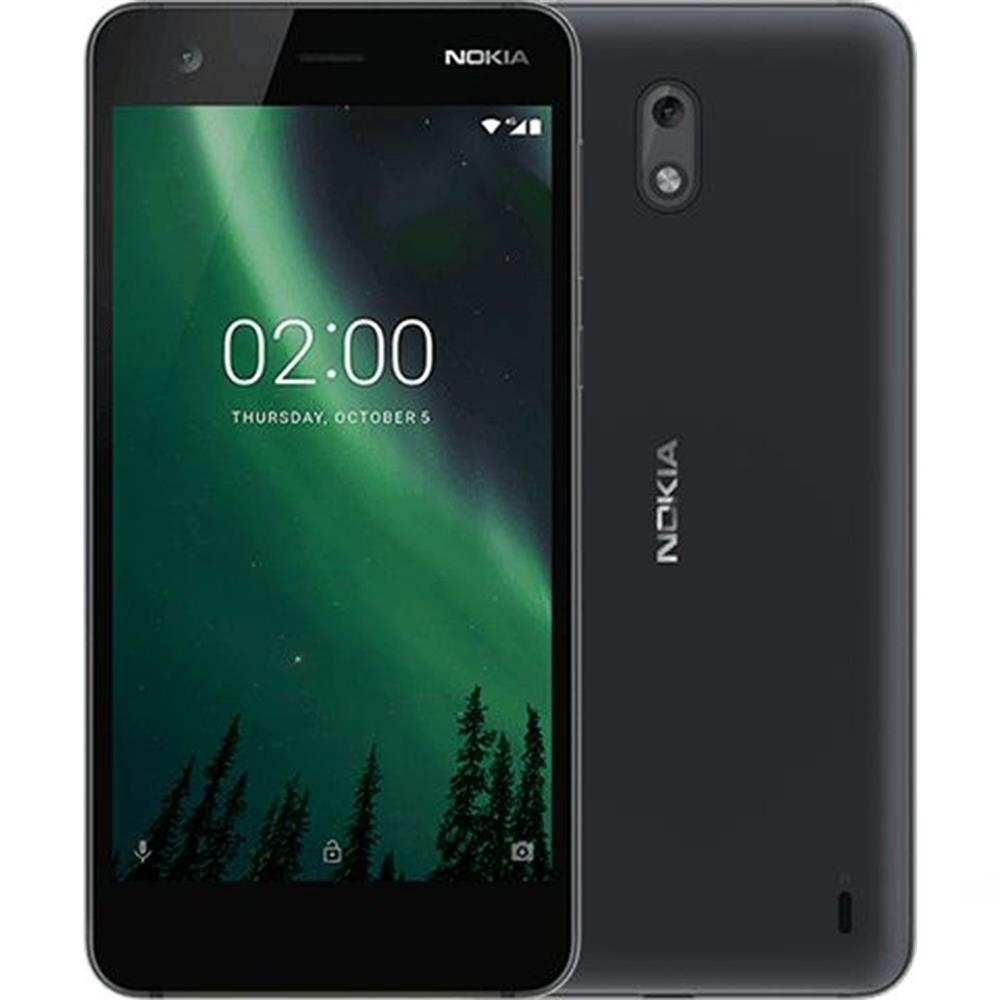 The Nokia 2 was launched with a promise of two years of version updates, so its owners were eagerly waiting for HMD to drop Android Pie for Nokia 2. The customer support had also confirmed that Pie would eventually arrive on Nokia 2, but didn’t share any timeframe for the release.

However, a Nokia community admin has now confirmed that the customer support had some misunderstanding and that the Nokia 2 won’t be getting the Android Pie update. You can see her full reply below. 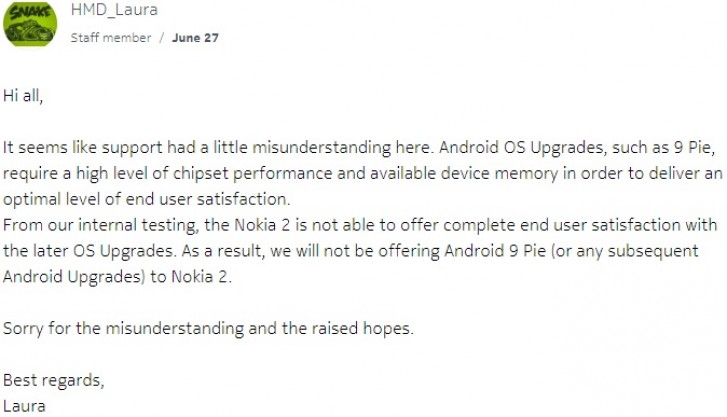 Some hoped that HMD can still release Android Pie (Go Edition) for the Nokia 2 which requires less resources, but the company has previously clarified that this phone couldn’t be moved to the Android Go program as it wasn’t launched on it.

Nokia 2 won’t be getting any more version updates, but it’s likely to see HMD continue to release security patches for this smartphone.

Xiaomi Redmi 6, Redmi 6A will now get Android 9 Pie update

Xiaomi Redmi 6, Redmi 6A will now get Android 9 Pie update