The Nigerian Communications Commission, NCC, has said Nigeria was ready for 5G network.

Executive Director of the commission, Prof. Umar Dambatta, who disclosed this at an interactive session with journalists in Abuja, yesterday, said with the enlisting of leading mobile operator into the Stock Exchange, other operators, including Bharti Airtel, Globacom and 9mobile were getting set to join the fray.

He said NCC, apart from holding a stakeholdersâ€™ forum to come up with a roadmap on 5G, the commission had opened consultations on spectrum for drones and was proactively leading discussions on the deployment of new technologies. 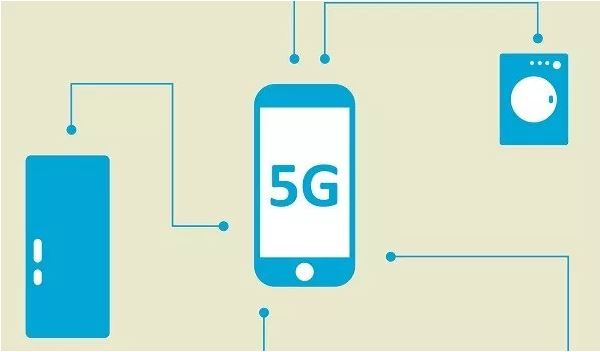 He said: â€œNCC did not just sit back. Apart from constantly engaging with state governors through NEC of Nigeria Governors Forum, we have also stepped in directly by licensing InfraCos to provide fibre bandwidth on an open access bases. We are providing them subsidy to mitigate their costs.

â€œWe expect this to start bearing fruit shortly, but the major thing is the support of the state governors. That is critical. Nigeria is a federation of 36 states; we cannot dictate what to charge for RoW to them, we can only persuade them and hope they see the superior merit and long-term benefits of making their states receptive to telecoms infrastructure.â€

Airtel, Glo, 9mobile getting set to list on NSE

He said with the enlisting of the leading mobile operator in the country into the Nigeria Stock Exchange, other operators, including Bharti Airtel, Globacom and 9mobile, were getting set to join the fray.

Danbatta, who was represented at the event by the Executive Commissioner, Stakeholders Management at the commission, Sunday Dare, said with the successful listing of MTN on the stock market, it was expected that Airtel which had already announced its intention, would soon be enlisted on Nigerian Stock Market, along side Globacom and 9Mobile.

Recall that MTN had on May 7, 2019, filed an application for public listing with the Securities and Exchange Commission, SEC, and the Nigerian Stock Exchange. Bharti Airtel also on March 21, 2019, opened discussion on NSE listing, remaining Globalcom and 9Mobile.

On why it was taking the country longer time to restore landline in the country, he described landline as an integral part of national development and security infrastructure. He pointed out that though the country needed return of landline, it would require federal might and political will of government to bring it back.

On why NCC was so fixated more on mobile broadband than fixed broadband, he explained that the National Broadband Plan had both mobile and fixed components, which NCC is exerting action in both directions.

Danbatta said:Â  â€œFirst, some people who should know better are making it seem like a direct policy decision to neglect fixed broadband. This is unfair and untrue. It is either based on ignorance or mischief.

â€˜â€™The fact is that the National Broadband Plan has both mobile and fixed components, and NCC is exerting action in both directions. Fixed broadband requires you to lay cables. To do that, you need Right of Way Permits, which are controlled by state governments.â€

On the ongoing harmonisation of identity registration, the EVC said a working group, comprising NIMC, NCC and other accredited agencies of government, were currently auditing and working in parallel lines to harmonise the National ID database with the SIM registration database.

He said citizens, in the near future, would be able to register their sims by simply showing their NIN number, and vice versa.

â€œThis means SIM registration and NIN process will be collapsed and conjoined. This requires clearing a number of regulatory, technical and other hurdles, but we are well on the way,â€ he said.

Samsung Galaxy Note10 and Galaxy A90 shows up on Geekbench