The signboard outside the small roadside outlet indicated that this was an IBEDC payment agent and a place where one could purchase token for my his/her residence’s prepaid electricity metre. Stepping inside, I saw a layout of mobile terminals – 3 of them, on the solitary desk, and those were the only computing tools in the small room.

About a decade ago, an operation of this sort would have required a PC, UPS, wireless Internet subscription (usually along with a dish or external antenna), and even a power generator. The intitial capital outlay would have been huge.

Now, thanks to mobile technology, all that is needed in terms of hardware are a smartphone, POS terminal, and a printer (receipt). Internet access is via a mobile data subscription on the smartphone. Every one of these 3 mobile terminals is battery-powered and will run for hours even when power supply is not available. In Nigeria, power supply is still a huge problem. 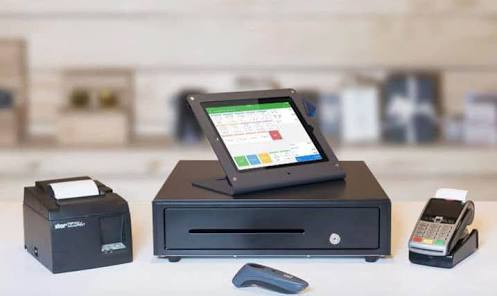 ALSO READ: How to Pay Your Electricity Bills Online With No Stress

The recharge operation is carried out on the smartphone through what appears to be an app by Ibandan Electric Dictribution Company (IBEDC). The customer effects payment via POS or transfer, the operator executes it on the mobile app on the smartphone and the slip is printed out on the mobile printer. It is 100% a mobile operation – a fully functional business operation that does not require a laptop or desktop PC. 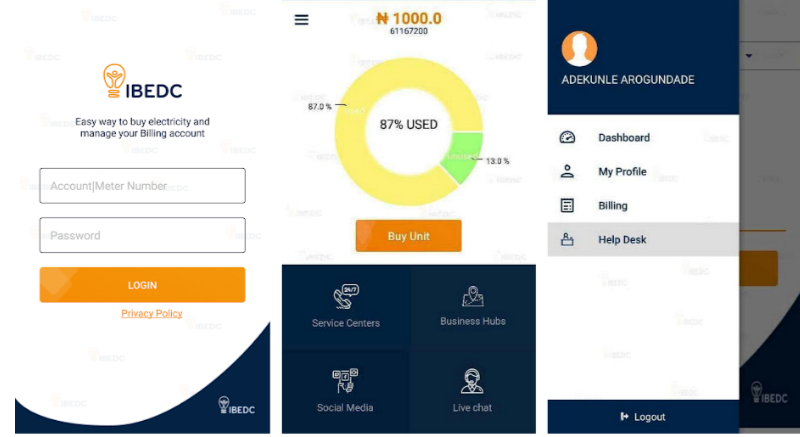 This was fascinating and I asked the gentleman at the desk if I could take pictures for this story. He was very happy to let me.

ALSO READ:  How To Create GTBank's PIN for 737 Transactions

All over Lagos and other cities in Nigeria and elsewhere in Africa, small business operations of this sort exist and function. Without mobile technology being widespread as it has become, those behind such businesses would not be able to afford setup and operational costs.

The widespread availability of mobile services and adoption of mobile terminals in cities, towns, and villages across the African continent has led to more people being gainfully employed. For a continent were unemployment is a big problem, this is a good thing.

What are mobile terminals?

Any device that is small and light enough to be carried around on your person and that has embedded computing abilities is a mobile terminal. This includes feature phones, smartphones, tablets, POS terminals, PDAs, and mobile printers.

I remember on a visit to remote location in 2017, I saw many betting vendors who were equipped with only a mobile terminal too. As remote as that location was, mobile technology was bridging the gap in that line of business.

There are many other services that anyone can take up with only a smartphone and an Internet connection. In the digital space alone, for example, we have a growing legion of social media influencers and social media handlers active. Quite a number of new bloggers work from their mobile devices too.

Big Businesses are also beneficiary of this

As a matter of fact Ntel 4G once had mobile representatives who were each equipped with a terminal and went about helping new customers sign up and activate their SIM cards on the spot anywhere the network had coverage in Lagos.

This is clearly a growing trend. The benefits include lower acquisition costs, ease of deployment and operation, as well as lower running costs. Years ago, we regularly said that the future was mobile. That future is here now.

Smartphones Manufacturers Are Gradually Taking Over The Smart Tv Market