Abuja – The Nigerian Communications Commission (NCC) on Monday announced that telecommunications providers such Airtel, GLO, and 9mobile would soon be listed on the Nigerian Stock Exchange (NSE).

Sunday Dare, Executive Commissioner, Stakeholders Management in NCC, who stated this in Abuja at an interactive session with newsmen, said the processes had earnestly begun for the telecommunications operators to be listed on NSE.

He commended the recent official listing of MTN Nigeria on the Nigerian course, adding that it was a step in the right direction in the telecommunications industry.

It would be recalled that MTN Nigeria recently completed the registration of 20.3 billion ordinary shares of N0.02 each with the Securities and Exchange Commission (SEC).

It said the successful completion of the process set in motion the next steps in the company’s intended listing by introduction on the Nigerian Stock Exchange.

Fielding questions from journalists on the benefits of enlisting telecommunications operators on NSE, he said, “NCC is excited about the listing. It was a direct fallout from the MTN fine.

“As part of what was agreed on the terms was that MTN should work on its listing on NSE, and it has worked with NCC and kept us abreast of the listing.

“So, the listing is a step in the right direction. It opens up the telecommunications industry. It also gives Nigerians the opportunity to invest in the quoted company like MTN.”

Speaking on the listing of other telecoms operators, he said, “Yes, Airtel has announced that it is going to be enlisted on the London Stock Exchange.

“I think part of their plan is to get enlisted on the London Stock Exchange. The moment that MTN has done it, it is expected that the other operators will also follow suit.

“I know Airtel is talking to Securities and Exchange Commission (SEC). It is a process. We expect that the big four telecoms operators will be listed.”

On why the NCC was so fixated on mobile broadband and not on fixed broadband, Dare explained that the National Broadband Plan had both mobile and fixed components, and that NCC was exerting action in both directions.

According to Dare, “Some people who should know better are making it seem like a direct policy decision to neglect fixed broadband.

“This is unfair and untrue. It is either based on ignorance or mischief. Fixed broadband requires you to lay cable. To do this, you need right of way permits, which are controlled by state governments.

“For many years, the industry has been battling with the issue of inordinately high charges for RoW, long delays in granting permits and destruction of fiber cables during road constructions and incessant stop work orders, among others.

“If anything, the situation is getting worse. With this kind of environment, the private sector is not incentivised to invest.” 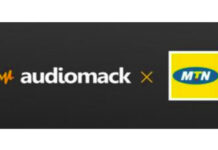 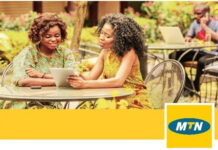 MTN CallerTunez service: All You Need To Know

MTN, Glo and Others Insists That Social Media Services Should Be...