Xiaomi has taken over the Top 3 spots in AnTuTuâ€™s ranking of fastest Android phones for the month of April. The Xiaomi Mi 9 Explorer is in the lead, followed by the regular Mi 9, then the Black Shark 2 gaming smartphone. They are all Snapdragon 855-powered phones.

The Meizu 16sÂ has been displaced, which held the top spot last month. Note that the chart below doesnâ€™t include theÂ ZTE Axon 10 Pro 5G, which posted a score in theÂ 380,000 rangeÂ (yet another S855 phone, but the score was boosted by the use of the F2FS file system). 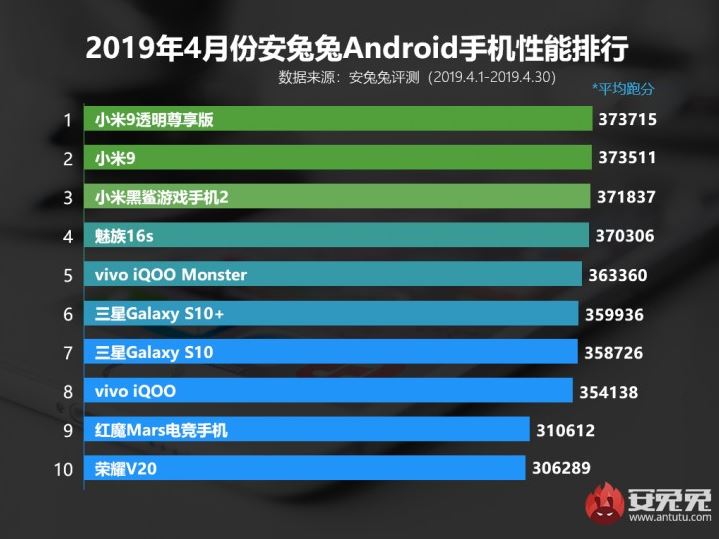 The Axon, as well as phones like theÂ Oppo Reno 10x zoom,Â Lenovo Z6 ProÂ andÂ nubia Red Magic 3Â are launching in May, so they arenâ€™t included in the April chart, but expect a few new names on the list next month.

Google I/O 2019: Everything We Expect