Last December, HTC announced that its smartphone strategy for 2019 will change compared to previous years. Part of that strategy is extending the life-cycle of the HTC U12+ and U12 Life. The Taiwanese company also said that it will focus more on flagship and midrange smartphones for this year.

A new listing appeared on GeekBench for an unknown HTC device running a MediaTek Helio P35 paired with 6GB RAM. The device has a model number HTC 2Q741 and runs Android 9 Pie. It looks like an upcoming mid-range smartphone from HTC.

It could perhaps even be a MediaTek variant of the sameÂ smartphone that was spottedÂ on Geekbench last month with a Snapdragon 710 CPU and 6GB of RAM. A MediaTek variant could be targeted to specific markets. That Snapdragon device appeared with a similar model number of 2Q7A100. 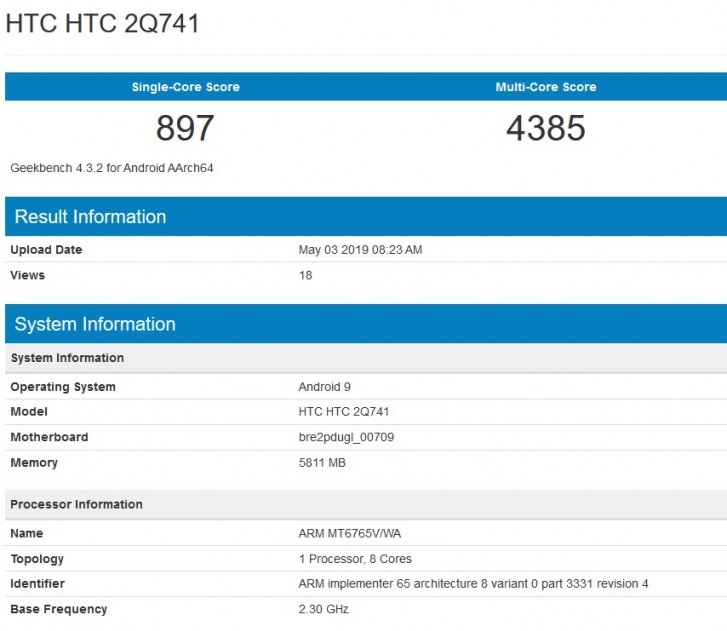 No other specs have been revealed about this mystery HTC midranger. In any case, we’ll be keeping a close eye on HTC leaks as they come around. Now that we’ve seen the benchmarks, we should be somewhat close to seeing the real deal.