Nothing has a beginning that will never come to an end! Verification of your identity via SMS is gradually fizzling away. Facebook has today released a new SDK that allows mobile app developers to integrate WhatsApp verification into Account KitÂ forÂ iOSÂ andÂ Android.

This will allow developers to build apps where users can opt to receive their verification codes through the WhatsApp app installed on their phone instead of through SMS.

As at Today, many apps give users the ability to sign up using only a phone number; but with this new development, when signing up for a service that requires the user to be verified, you can select WhatsApp as your means of verification, instead of email, SMS, or voice call. 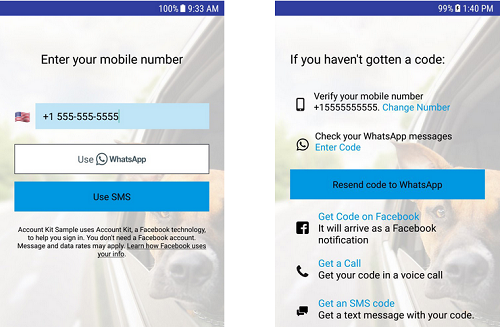 When using a phone number to sign in, itâ€™s common for the app to confirm the user by sending a verification code over SMS to the number provided. The user then enters that code to create their account. This process can also be used when logging in, as part of a multi-factor verification system where a userâ€™s account information is combined with this extra step for added security.

If you ask me, this is a step in the right direction because soonest our bank might adopt WhatsApp for transaction notification instead of charging you extra for sms alert.

With the newÂ WhatsAppÂ SDK once integrated into an iOS or Android app, developers can offer to send users their verification code over WhatsApp instead of text messaging.