It’s no longer news that Google is currently working onÂ Android Q development which will be the next major Android version. The search giant has releasedÂ Android Q third betaÂ yesterday which is available for a total ofÂ 21 eligible smartphones from 13 brands. Huawei has only one phone mentioned in the list but it has now announced its own list that will also be drafted into the Android Q update plans.

In no particular order, the Chinese phone maker listed the first batch of Huawei phones that will get the final Android 10 Q update to include;

ALSO READ: How To Create an Invisible Folder in Your Windows PC 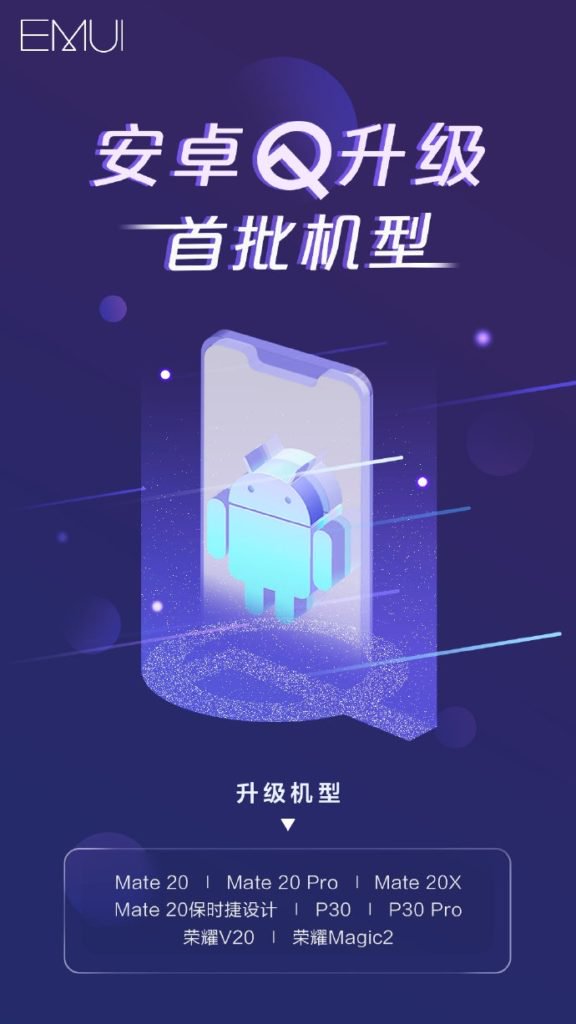 Other devices will definitely follow suite, though itâ€™s a bit difficult to come up with an exact timeline when this will happen, we expect that to be soon after Google releases the final and stable version of its 10th Android OS which might not happen until August this year.

As expected, the new Android 10 Q will come with a couple of new features including full-screen swipe gestures, dark theme and more.

Instagram Latest Update: You Can Now Mute Your Followers’ Accounts