We are still two weeks away from the official announcement of the OnePlus 7 and OnePlus 7 Pro, yet a full specs sheet has been reveal online and it all looks like the real deal. The regular version will feature a dual camera, huge battery, and 30W Warp Charge, while its Pro sibling will have ultra-wide lens, slightly smaller power cell, but a rising selfie camera and 10 GB RAM.

Most of the specs were already leaked, but this is the first complete sheet with all the important stuff. It is clear both devices will sport an AMOLED panel for a UD fingerprint scanner and will come with Snapdragon 855. The devices look like an evolution of what OnePlus is currently offering, combined with the latest hardware in the industry.

The 48 MP primary camera may possible be Sony IMX586, and finally, a OnePlus smartphone will have a useful secondary telephoto shooter. The third snapper on the Pro will provide a bit more viewing pleasure with the wide-angle sensor, but the actual MPs are yet to be revealed. 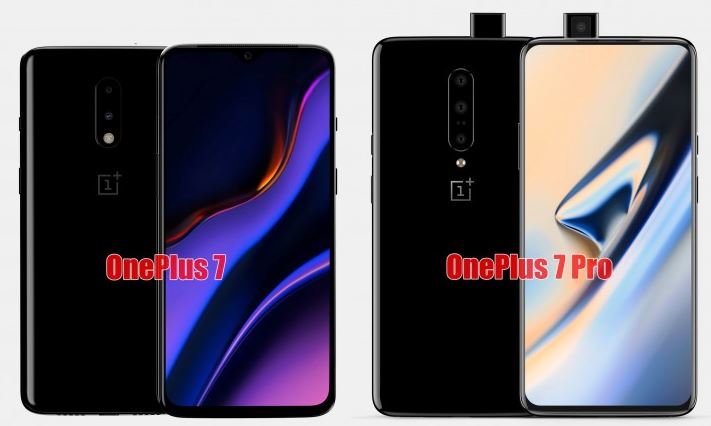 Other stuff like a 6.64-inch panel on the OnePlus 7 Pro and a pop-up camera above are also not a surprise, and many would ask if this is actually the specs sheet or just a rumor roundup (which could also be both).

The official source of the specs is a user on Baidu, but at the time of writing this article, the post is nowhere to be seen. Some might rightfully ask if this is the actual specs sheet or just a rumor roundup, but our intuition suggest it is both. Whether or not this is true, we’re yet to see on May 14, when the official launch will take place.