As early as 2016, the Fuchsia OS project quietly appeared on GitHub. It’s currently seen as an addition to Android and Chrome OS – third operating system. However, after a few years, the mystery of Google’s upcoming operating system is still yet to be fully revealed. At present, we do not know the real purpose of Google to develop the system and we also do not know which device this new operating system will be used for.

There are speculations that this system will be a replacement for Android but even that has not been verified. However, in an interview at Google I/O conference, Hiroshi Lockheimer, head of Android and Chrome OS, disclosed more details about Fuchsia OS to the public.

ALSO READ: Google is working on its foldable phone prototypes

Fuchsia OS is an open source project similar to AOSP that can run on multiple devices including smart home devices, laptops, mobile phones, and more. Google’s smart home device, Nest Hub, is considered one of the testing devices for the new operating system. 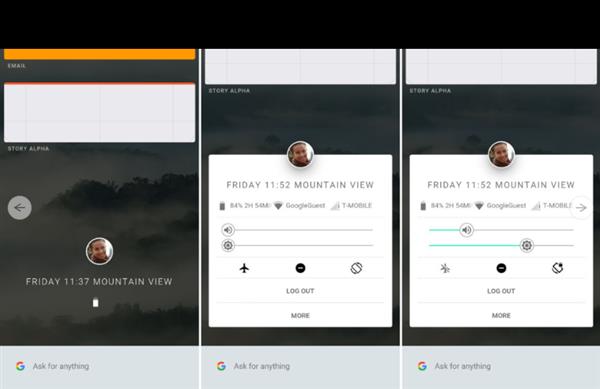 However, this new operating system is different from Google’s previous systems, Android and Chrome OS, because the latter two are based on the Linux kernel, while Fuchsia OS is based on a new kernel called “Zircon”. Since Fuchsia OS is written using the Flutter SDK running on Android, most of the modules of the new OS can also be run on Android devices. Other than this, we know very little, and the last time we saw the user interface prototype of Fuchsia OS was two years ago.

In the past, there have been some reports about Google’s testing of the new system on Pixelbook laptops, as well as a timeline for product development. Devices that support the Fuchsia OS operating system are expected to be released in three to five years. However, Hiroshi Lockheimer talked more about the new operating system, saying:

“We are developing more new features for this operating system. Some people may think this is “new Android” or “new Chrome OS”, but I would like to say that Fuchsia OS is Fuchsia OS – it is a new kind of art operating system world…

“The significance of the new operating system is that it can support different hardware devices, such as smart home devices, wearable devices, and even augmented reality or virtual reality devices.

“For mobile phones, we launched Android; for web applications, we launched Chrome OS; so the new system may also be optimized for certain devices, and our team is working in this direction.”

Lockheimer implied that the upcoming operating system will not be used on only mobile phones and personal computers but in the world of IoT, there will be more devices that require an operating system. It, therefore, appears that Google is developing this system to be compatible with more genre of devices than Android and Chrome OS.