Corning, manufacturers of the world-famous Gorilla Glass, has some advice for Apple on how to achieve an unbreakable iPhone screen.

After seeing how Redmi Note 7 can survive a serious drop on a hard concrete floor with even a scratch, I started wondering when high-end phones from Apple, Samsung, and others, will adopt that kind of toughness. Â Iâ€™m sure you know that most of those phones cost almost a whole bank to buy and to have their broken screens. They all have Gorilla Glass on them. yet their screens break easily.

As a matter of fact, many mobile users have developed a quiet disbelief that having Gorilla Glass on a smartphone makes any difference. That was until the Redmi Note 7 arrived and shocked us all. From my own conclusion, â€œGorilla Glass 5 is even stronger than what I thoughtâ€.

Apparently, the problem was not with Gorilla Glass, but with how the phone manufacturers implemented it. That Apple iPhones everywhere have been experience cracked, shattered, or broken screens has not been the fault of Corning, but of Apple. An unbreakable iPhone screen is a possibility, and the key came from the horseâ€™s mouth.

Corning Incorporated, the American multinational technology company that specializes in specialty glass, ceramics, and related materials, decided to speak up and address the problem of iPhone screens breaking. You know how a broken screen has almost become synonymous with Appleâ€™s iPhones. So, what was it that Corning had to say?

How to make an unbreakable iPhone screen 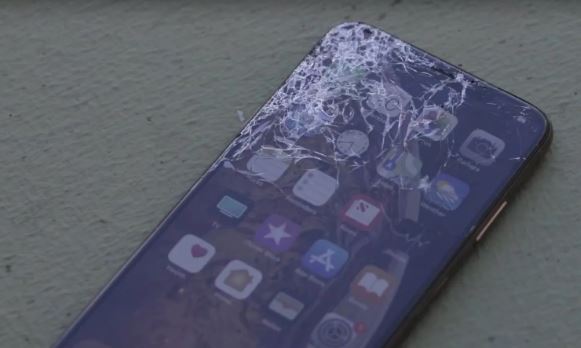 Corningâ€™s message for Apple was a simple but profound one:Â â€œIf the [Gorilla] glass on the latest smartphones was just a little bitÂ thicker, it would be nearly unbreakableâ€.

But back to Apple. Corningâ€™s Gorilla glass has always been used on previous iPhones but on the recent models, they measure just about 0.45 mm to 0.55 mm thick, making them more fragile. Apple loves super thin iPhones, which is the reason an unbreakable iPhone screen has remained a dream till date.

To prove their point, Corning delivered a presentation in which they pitted a slab of normal glass against 1mm thick Gorilla Glass 6. Both were subjected to hits by a metal tool. According to the report, the 1mm thick glass survived the ordeal while the normal glass did not.

We have seen Gorilla Glass 5 survive all sorts of assault on the Redmi Note 7. And now, Corning has demonstrated that Gorilla Glass 6 is just as capable, if not more. The question is whether Apple will take to Corningâ€™s advice or not and make the glass thick enough to give its fans an unbreakable iPhone screen in the next release.

Knowing Apple, it isnâ€™t likely to happen. The American company has a penchant for embracing thinness above any other benefits, and there is no reason to believe they will change their approach now. They probably already knew what to do to make iPhone screens unbreakable all along.

If Apple would go down that route though, it would make a whole lot of sense to spend N400,000 or more on an iPhone because you would know it would be tough as nails and almost unbreakable.

In closing, this is not just good advice on how to manufacture an unbreakable iPhone screen. Every other smartphone brand can implement it and make tougher phones: just put a sheet of 1 mm thick Gorilla Glass on the phoneâ€™s screen and it becomes â€œalmost unbreakableâ€.

itel A46 Specifications and Price