Apple granted patent for foldable Phone, See How It Could Look Like

Apple has filed a patent application for a foldable device, which folds inwards in a similar way to Samsungâ€™s controversial Galaxy Fold. According to Appleâ€™s patent, the device will have a display layer and a protective cover layer on its top that are designed to fold or bend along a specific bendable area â€“ Just like the Hinge used in Samsungâ€™s smartphone.

To avoid problems, just like the issue that caused the Galaxy Fold to launch to be postponed. Apple will reportedly adopt a strong protective layer on top of the display layer made of ceramic material like glass, sapphire or zirconia. 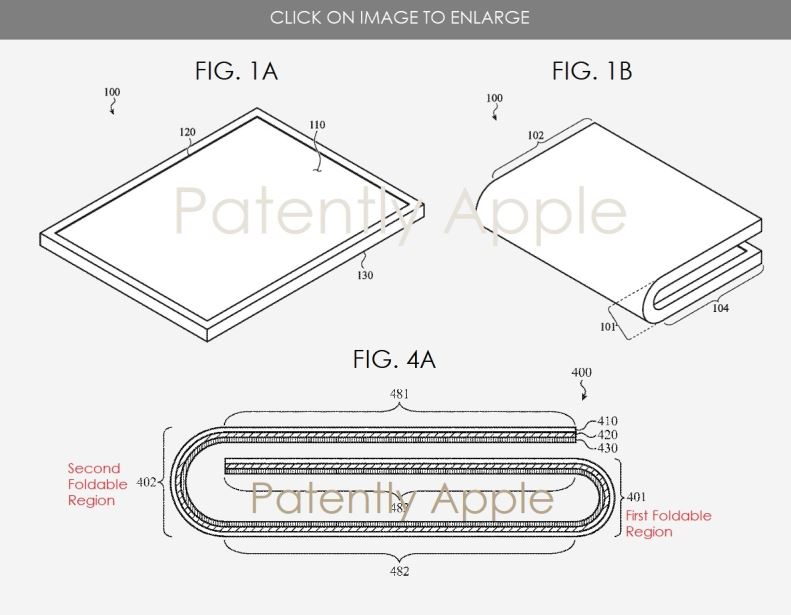 Judging by the image above, we are going to see a foldable device with the display on the inside, folding in on itself (figures 1A and 1B). The figure A4 remains a mystery, for now, itâ€™s unclear what really it means for the foldable design of this handset. It could be a separate design, or the same device folded a third time. The latter option would be really interesting since thereâ€™s no device in the market with three-times folding capabilities.

According to rumors, Apple will skip this year to launch its first foldable handset in 2020. Thatâ€™s not too bad at all, since the technology still has a long path to trace, and devices like Galaxy Fold are proving that the industry for foldable devices still has a lot to learn. 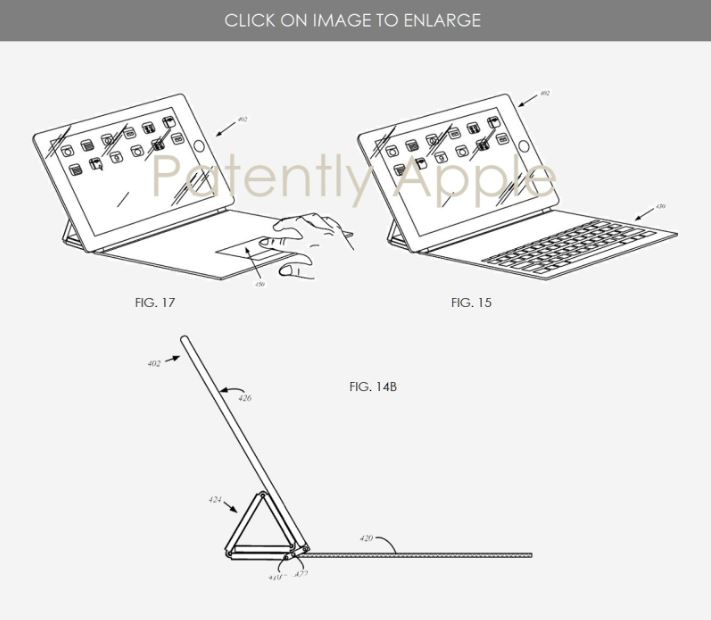 Following the patent of its foldable display, Apple reportedly granted a second patent for a Smart Keyboard Folio. The released figure suggests that it will feature a trackpad on one side and possibly a keyboard and Apple Pencil-enabled touch area on the other.

We advise taking these patents with a pinch or two of salt. While a foldable device from Apple, and perhaps even a foldable iPhone will eventually come, not every patent lives enough to become the real deal.