Chinese manufacturing giant,Â Xiaomi, is expected to unveil a couple of flagship smartphones before the close of this year. We have already seen the Xiaomi Mi 9, thus some â€œcheapâ€ flagship are expected from Pocophone and Redmi sub-brand. However, we should not forget the â€œrealâ€ flagship in the Xiaomi Mi Mix series, probably Xiaomi Mi MIX 4. 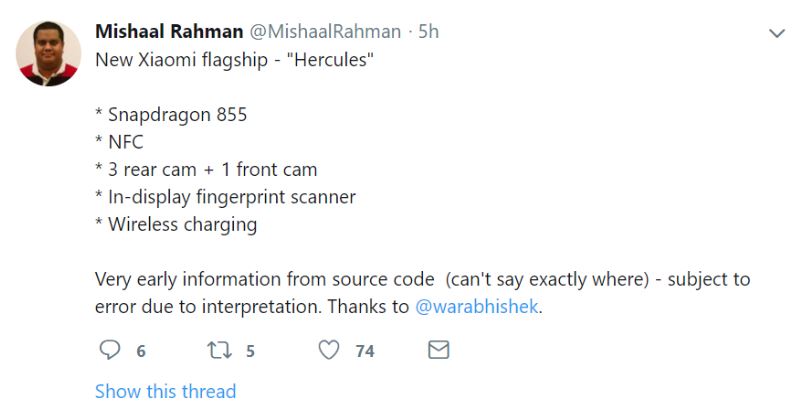 Well, we know that features like the on-display fingerprint scanner and wireless charging make a phone really expensive. Thus this does not fit the price range of Pocophone or Redmi sub-brands. It should be the upcoming flagship in the Mi MIX series, Xiaomi Mi MIX 4.

The earlier generations of the Mi MIX series, Xiaomi Mi MIX 3, comes with a true full-screen design using a magnetic slide and the front camera with other sensors are hidden under the screen. Although it is not clear if the Mi MIX 4 will use the same design, the Mi MIX series are known to be notchless. Thus this should be a full-screen notchless smartphone.