Google will be launching the Pixel 4 smartphone in the last months of this year. A new leak courtesy of Skinomi, which published a rendered image of a screen protector designed for the new generation of Google smartphones, shows us what the front design of the phone should be.

Well, just a quick glance to realize that, according to this image,Â Google Pixel 4 should be able to count on a screen that occupies almost the entire front surface and that is characterized by the presence of a hole in the upper right corner with a dual camera (a solution similar to the one already seen on the Samsung Galaxy S10+).

According to the image, in addition, the smartphone should also count on a double loudspeaker (one positioned at the bottom and one at the top). 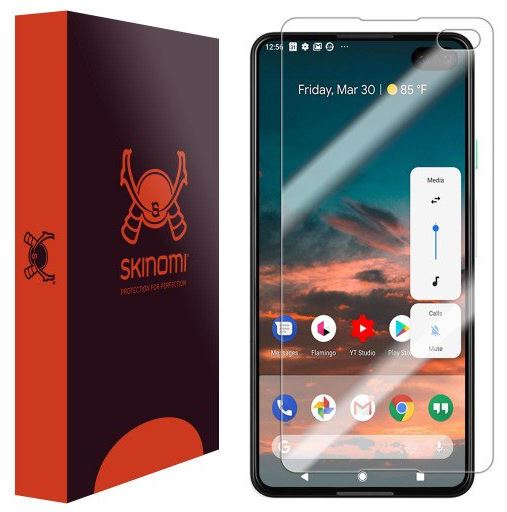 It remains to be seen whether this image, on whose reliability there are obviously no guarantees, is actually relative to Google Pixel 4 or to the XL model, the only one of the two which, according to the most insistent rumors, should have a double front camera.

It is worth to mention thatÂ according to previous leaks and rumors, the Mountain View giant can opt for replacing the much-discussed notch with a hole in the display in the Pixel 4 series.Â For the rest, always relying on the leaks, we can see very small frames on the entire front and the presence of a double speaker. Also interesting is the apparent absence of a fingerprint sensor, a sign that Google could opt for a reader integrated into the display.

Apple granted patent for foldable Phone, See How It Could Look Like