By TellForce Blog On May 4, 2019
Share
Join Us On Telegram

A Taiwanese man was stunned to find that his AppleÂ AirPod still worked after he swallowed the device and was forced to dig it out of a toilet.

Ben Hsu fell asleep with the pair of wireless headphones still in his ears but woke up unable to find one of them.

Using an iPhone tracking feature he discovered the device was still in his room and heard its beeping sound following him around.

He said: â€˜I checked under my blanket and looked around but couldnâ€™t find it â€“ then I realised the sound was coming from my stomach.â€™

He went to hospital where an x-ray confirmed the location of the Apple AirPod in his digestive system, and need surgery to remove if it did not appear naturally. Apparently, the dude relieved (poo-poo)himself at a railway station the next dayâ€¦ after a foul-smelling search, he found his Â£65 AirPod device still intact. 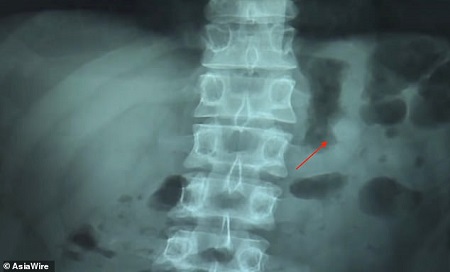 After washing the AirPod and letting it dry Mr Hsu was amazed to find that it still worked.

â€˜The battery was still at 41 percent! It was incredible,â€™ he said, calling his experience with the Apple product â€˜magicalâ€™.

What is actually magical to me was the fact that after that foul-smelling search, heâ€™s still able to re-use the AirPod.

WiFi vs MiFi: What Do They Mean and What Are Their Differences?