Android OS updates have certainly been a terrible area for Android smartphones and tablets users battle with. Due to third party manufacturers are involved, Android has update problems that Apple and its iOS devices simply don’t have.

Google has done a lot to address this and make the process easier, but ultimately, it’s still up to third party OEMs to get the process right. Google’s Project Treble has helped to speed updates along, but let’s face it – it’s April, and some devices are only receiving an update to Android 9 Pie now, almost twelve months after beta testing. 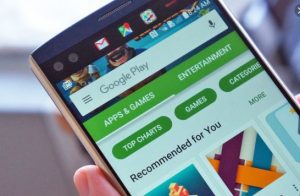 According to some research by 9to5Google, and believe they’ve found hints that future Android OS updates could – conceivably – be delivered by Google’s own Play Store mechanism. Here’s what they found:

Version 14.5.52 of the Play Store this evening contains several strings related to downloading and installing a “System Update.” At the moment, the “System Update” parlance on Pixel, Android One, and other devices refers to the full operating system.

If Google Play is indeed referring to OS updates, the strings — at the very least — suggest that users could initiate downloads and installs for new versions of Android right from the Play Store.

The interface described is very similar to what Pixel users see on the System update page in the Settings app. A “Download & Install” button will be present to initiate, with prompts on this “system_update_page” guiding users through the process of “Preparing,” “Device will restart soon,” and the update finishing.

There’s further evidence, but what this points to is an update process that is at least driven through the Play Store app, and potentially even delivered in the same way as app updates. That’s great news for users, who will be far more familiar with the process of updating apps, and won’t have to delve into Settings to get an update.

I’d just like to see OS updates released more quickly. I don’t much care how it happens, but this would certainly make it easier if not faster.

The US May Also Ban The Sales Of Carrier-Locked Phones