Many of us still use a flash drive to transfer media files from one PC to another. The issue with the use of external storage devices is that they are so susceptible to transferring malware during operation, especially from public computers where every Tom, Dick and Harry plugged in and out their infected drives for one reason or another.

So, about those flash disks â€“ hope you recall back in the days how important it was to safely ejectÂ them? I remember how it was almost an abomination to remove a flash disk from a computer without safely ejecting it. 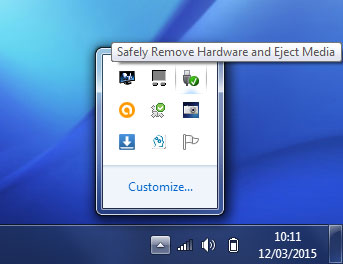 Now, according to Microsoft, you do not need to do that anymore because the corporation included a â€˜quick removalâ€™ feature in Windows 10 version 1809 that ensures that you can unplug the drive from your PC without any precautionary measures. Just make sure you are not writing files or your computer is not reading files from it.

â€œQuick removal. This policy manages storage operations in a manner that keeps the device ready to remove at any time. You can remove the device without using theÂ Safely Remove HardwareÂ process. However, to do this, Windows cannot cache disk writeÂ operations. This may degrade system performance,â€ reads a line in a Microsoft Support page.

Version 1809 was rolled out sometime in October 2018, so you may or may not be running it on your PC. The update is still hitting some PC across the globe.

At the same time, it should be noted that Microsoft has not gotten rid of theÂ Safely Remove Hardware and Eject Mediaâ€™Â option for those who can never be too sure about the safety of their flash drives.

As I mentioned, while I rarely use external memory devices (I canâ€™t even stand microSD cards on phone), I have not safelyÂ removed drives since Windows 7 because at that time, there was a rumour that Microsoft had incorporated features to safeguard storage sticks. Just like I do, most people do not like the extra clicks because they waste time, even though I was never in a hurry. Iâ€™m putting this information out here for no reason at all, but I thought you should know because I know Iâ€™m not alone in this.

Reason why Huawei Will Sell Its 5G Chipset To Apple Only