If you are one of those waiting for the new version of the Microsoft browser, called Chromium Edge, please be informed that it is now possible to download the official first trial version. The arrival of this new browser means a direct competition with Google Chrome is a reality.

For some time now, Chromium Edge browser trial version has been available through leaks and not official. Well, the Redmond company feels it has reached a stage of maturity that is sufficiently advanced for launching as the first official trial version and as well as making it possible for intent users to download directly and proceed with its installation.

However, it should be noted that the software will certainly hosts some bugs because as it’s not final and will get improvements constantly, so we are still a development development recommended for use by developers … but we have already installed and we have to say that we believe which is stable enough to prove it).

If you feel like trying out what Microsoft is working on to take on Google Chrome,

Note: Using this new browser does not eliminate the current Edge that exists in a final version.

How is the new Chromium Edge?

Aesthetically, it’s a job that actually looks a lot like the browser comes with Windows 10, but with some changes in both the options menu and the way you work with it.

The compatibility with the extensions of Chrome is complete and excellent, and for some of us that use Google Chrome day in day out, your extensions can be installed and executed in Chromium Edge. By the way, all your bookmarks are imported from all browsers installed on your computer. 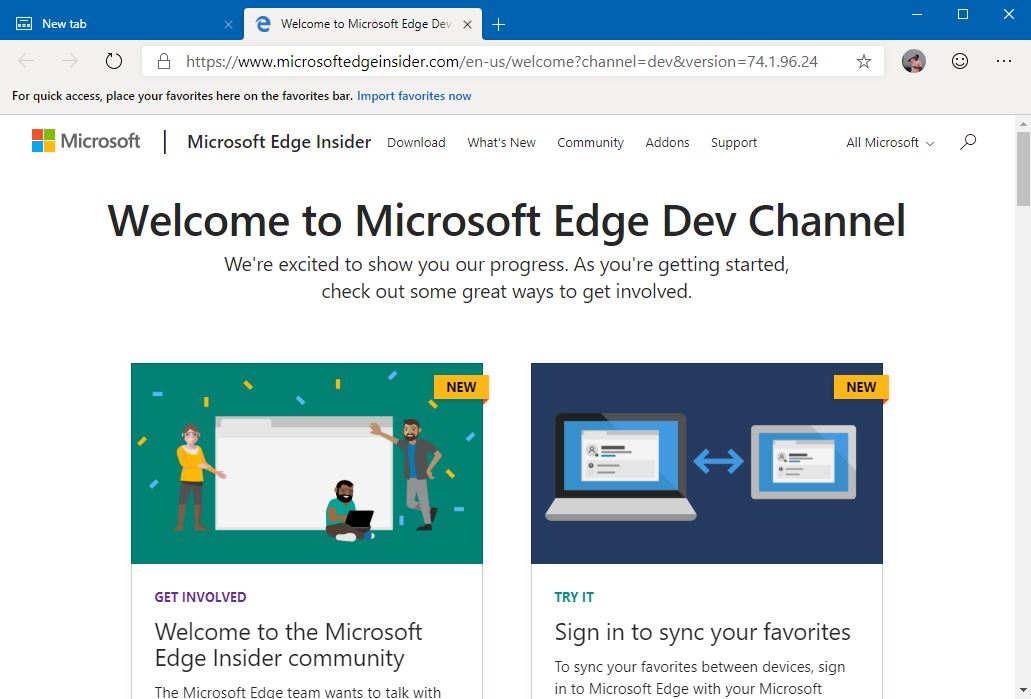 Talking about my experience on it, the truth is that it is much better than I expected and that it seems Microsoft is on the right track. This could be a serious threat to Google Chrome as it’s no longer necessary for a user with new Windows 10 PC to download it.

As far as upload speeds it’s not bad, but there’s still has room for improvement. An excellent detail is that it offers a large number of options that allow you to customize the browsing experience. TellForce Blog will test its operation and report all its striking feature and ability.