Skype For Android and iOS gets screen sharing feature

Skype is a staple in video chat around the world and Microsoft is planning to make the mobile app more capable with screen sharing. The feature will allow users to share their screen with the person on the other side to collaborate on presentations, shop online with friends or even share swipes on dating sites.

Microsoft aims to bring as many of the desktop appâ€™s attributes to mobile to enhance collaboration on the go. 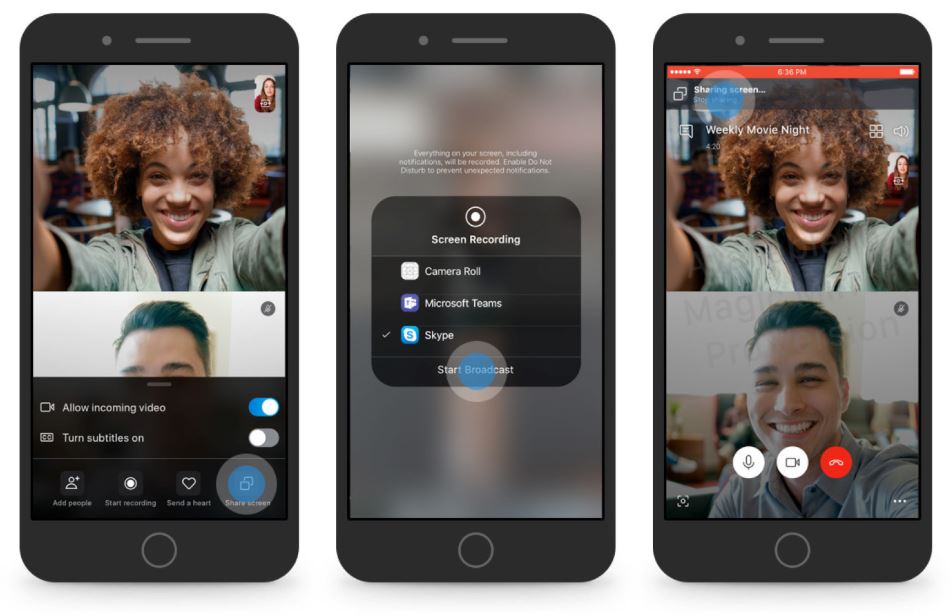 ALSO READ: WhatsApp Rolls Out Tools To Control Who Adds You to a Group

Currently, users on Android and iOS platforms can test out the new feature, as long as they are part of Skypeâ€™s insider program. After installing the beta version on your device and launching a call, you will now be able to activate the new screen sharing function from the setting menu. Once activated the app will signal that screen sharing is activated, while also letting you stop broadcasting at any point with a single tap in the top left corner.

If testing proves successful, Microsoft will roll the screen sharing feature to the official iOS and Android apps in the coming months.