Apple has recently pushed its differences with Qualcomm aside at least for now in order to use the chipmaker 5G modems in future iPhones. However, it seems that the company still has another plan at its disposal, and the mother of Snapdragon will not be the only supplier.

For this hard task, the Cupertino-based firm will probably choose no other than its major rival – Samsung. 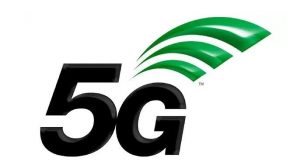 According to a new report from the reputed Apple’s analyst, Ming-Chi Kuo, and according to him, Apple will look for a second supplier and it will most likely be the South-Korean firm. This will help the iPhone maker to get some leverage when negotiating prices and also lower its dependence on a single supplier. In 2020, we can expect iPhone handsets to ship with Qualcomm and Samsung modems.

This however still confirms the speculations that 2019 iPhones won’t feature 5G capabilities, but at this rate, this will hardly be a problem. Despite all the buzz towards 5G debut and the smartphone featuring it, the new network still has a very long road before reaching a critical mass.

However, in 2020, Mr.Kuo believes that the 5G adoption will significantly help with consumer’s decision in buying an iPhone in the next year, thus increasing the number of sales of Apple devices.

Google Chrome To Get An Automatic Tab Grouping Feature; Will Help...