Nokia 6.1 Plus and 5.1 Plus Charging Port issues: You Are Not The Only One

What is more interesting is that both devices have a USB-C port. And users of both phones are complaining about issues with their phone ports.

ALSO READ: List of Phones To Get Android Q Update. Is your Phone there?

A very big problem with nokia iis their type-c port,
Nd its getting damaged automatically after 3-4 months

The reports are very similar. In summary, the charging port gets loose and stops functioning after a few months of usage. 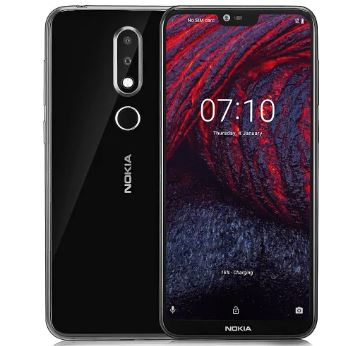 A user submitted a complaint about the issue on the Nokia phones community:

Charging gets connected and disconnected on its own. The phone is new and I insert only Type â€“ C OTG and charging cable thatâ€™s all. I maintain my one well. What should I do?

Many others users have responded to his complaint to say they are experiencing the same thing.

Of course, not all Nokia 6.1 Plus users are experiencing this problem. Many others report not having any such issues.

It does seem that there are batches of the model that have this issue from the factory. It is a similar story with the Nokia 5.1 Plus.

What to do about your Nokia 6.1 Plus charging port issue

Take it to an official Nokia phone service centre to have it fixed. Do not attempt to fix it yourself and do not take it to road-side technicians, as this may invalidate your warranty. Being a factory issue, Nokia should fix it free of charge to you at their authorized service centres.

If you own a Nokia 5.1 Plus or a Nokia 6.1 Plus, what has your experience been with the charging port?

Is Nokia Coming Back To Rule The Mobile Market Once Again?

HMD Global Released List Of Nokia Phones That will Get…