Samsung Galaxy A90 is one of the most interesting and expected smartphone that the Korean manufacturer is expected to be officially presented on Wednesday April 10. 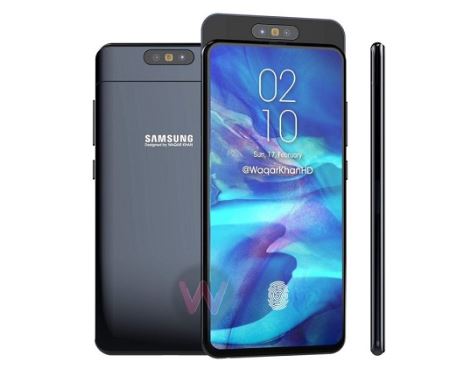 The right opportunity is provided by the publication on YouTube of a that tries to imagine how the new Samsung device could be and, in particular, the system designed to allow the camera to scroll and rotate, thus allowing the user to use it at the same time both for selfies and for normal photographs.

Here is how the Samsung Galaxy A90 is imagined by the content creator Waqar Khan, also based on the most insistent rumors of the last weeks.

It is not yet clear when the smartphone manufacturer will unveil the Galaxy A90, although there is a possibility that Samsung may announce the handset along with other Galaxy A devices in an event that will take place on April 10th. More information about the handset’s availability and pricing will likely become available on that date.

Palm Is Coming Back To Smartphone Making With A 3.3″ Android...