Last year at I/O 2018 developer conference, Google announced the Digital Wellbeing feature, and soon after, smartphone makers came up with their own adaptation of this feature that helps you get a better idea of your phone usage. Chinese phone maker Xiaomi, too, has joined the group now with its own flavor of Digital Wellbeing called “Screen Time.”

As evident from its name, Screen Time gives you a detailed report of how many hours you have spent gazing at your phone’s display. It presents this information in the form of a bar graph including data for the past 30 days. Not just that, this feature also lets you set up a screen time limit for weekdays and weekends and alerts you when you have moved past that threshold. 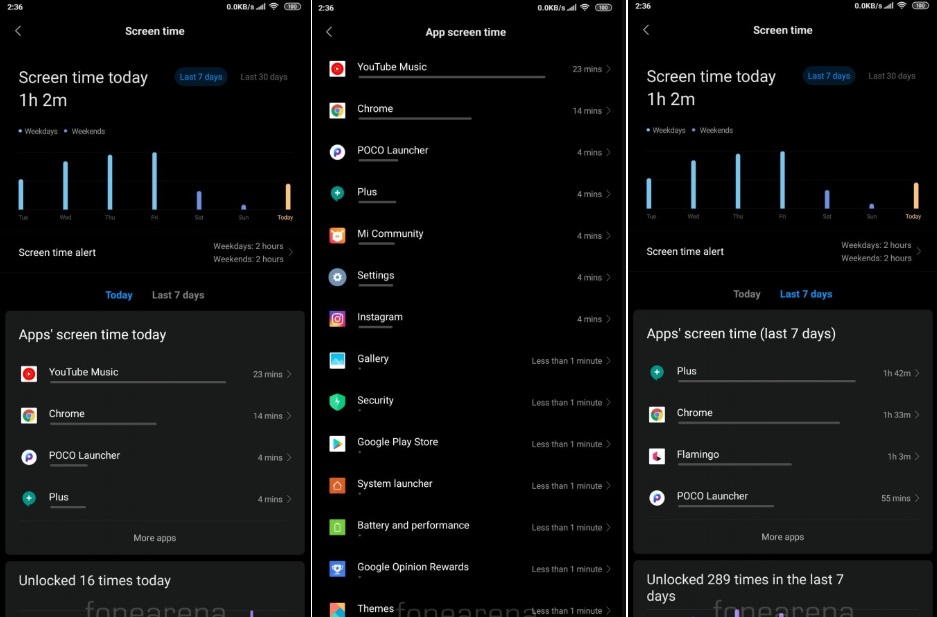 In addition to showing screen time usage, this feature also tells you how many times you’ve unlocked your smartphone and the number of notifications you’ve received from all the apps during the day or the entire week.

Screen Time is introduced with the latest build of MIUI 10 Global beta and is expected to roll out to all beta users this week.