Folding Is Not Good Enough, LG Is Working On Transparent Foldable Phone

2019 will surely be a year to always remembered for the arrival of folding smartphones. However, we might be getting more than that this year as the likes of LG are already exploring new horizons.

Details of aÂ filed by LG in 2015 related to a smartphone with a transparent folding screen have emerged today. The idea is the existence of a variable transparency screen in one of the two halves, while the other half will have an opaque section to house the battery and the internal components. 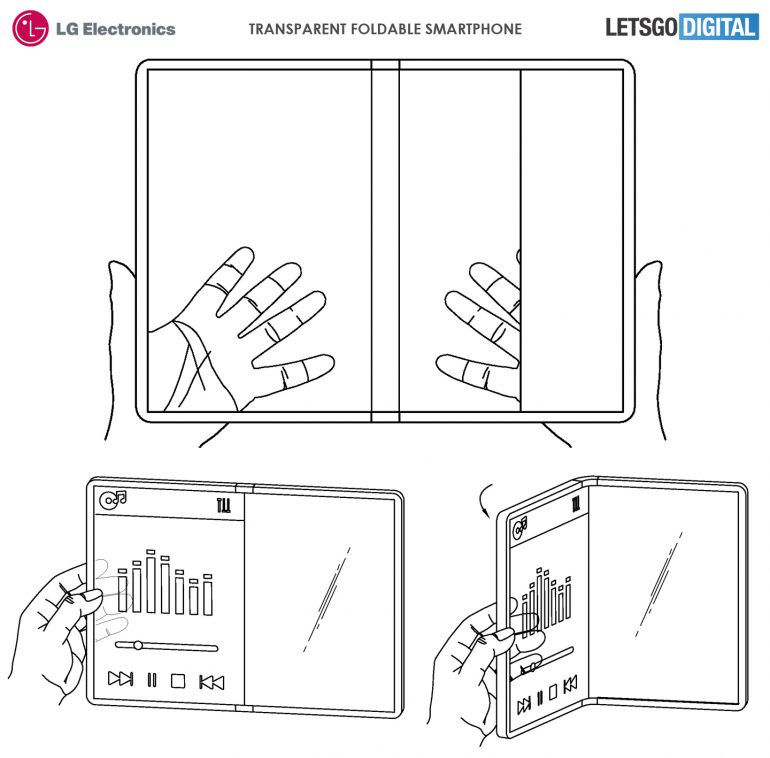 Therefore, despiteÂ the statements made a few months ago, the South Korean manufacturer is already developing its own solution, even though we might not see it anytime soon.

ALSO READ: LG is said to developing a stretchable smartphone

LG seems to be unwilling to follow Samsung and Huawei, offering innovative solutions at high prices, but prefers a more pragmatic approach, as demonstrated by the second screen of LG V50.

This does not mean that LG does not have the capacity to carry out what has been patented, given that in the past it has shown flexible OLED screens and transparent panels and as shown in some drawings attached to the patent, it would have already studied a complex solution for the hinge, which will be one of the focal points of the new technology.

Promo videos: Samsung Galaxy A80 shows off its rotating pop-up camera in action