By now, smartphone enthusiasts who follow manufacturers and their marketing strategies must have noticed that Samsung has recently released a new series of phones that have enjoyed a good fortune of popularity across media outlets for the last couple of months. Dubbed the new A series, the phones came as budget devices but have some high-end offerings.

Aside that, the launch of the A preceded the axing J series which Samsung has been selling as budget smart handhelds devices. The reasons for the discontinuation are pretty reasonable, but we can go over them in a couple of sentences. 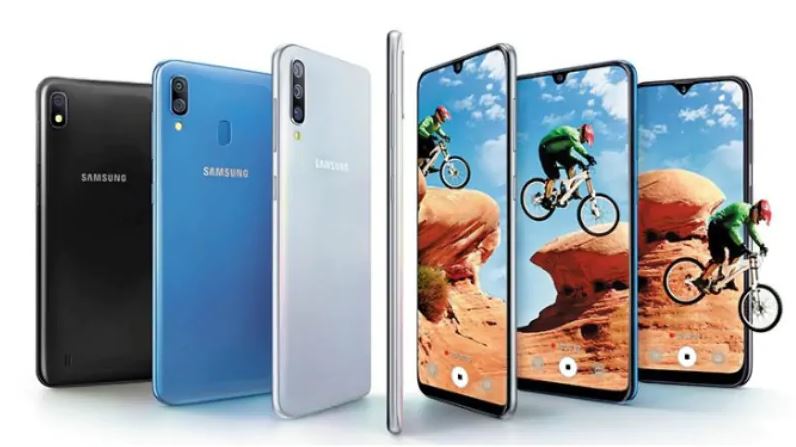 The rise of Chinese Smartphones Makers

Samsung has enjoyed a tremendous growth in its smartphone business. Back in the day when the company dipped its fingers into Android, of course it was not the most original OEM owing to the design choices for the phones it churned out to a market that was transitioning from feature phones to pocket computers (because they looked a lot like iPhones).

During this period, Samsung, among other key players, realized that there was so much potential in the operating system that can help meeting up  all tiers of consumers demand – high end, mid-tier, and budget. That’s a complete different approach from that of Apple.

The high-end segment to date, is being served by the S and Note series while the mid-range and budget segments have evolved so much to even track their journey comprehensively.

The primary reason Samsung continues to change its playbook in terms of how it markets its not-a-flagship phones is, well; it no longer is the only OEM that is making Android phones out here. Truth be told, Samsung took advantage of its popularity to charge a premium for phones that did not deserve a high price tag based on their offerings. It did that for so long to see the rise of Chinese phone manufacturers that had one goal: offer exceptional devices at a low price and flip Samsung’s script – which they did in the long run.

There are several local examples to support this argument. Transsion Holdings, the Chinese company that owns Tecno, itel, and Infinix, started its business in the Nigerian market more than a decade ago, although, at that time, it was mostly selling feature phones. By 2012, Tecno, for instance, started manufacturing smartphones. Though the phones were not compelling during that time, they managed to serve a market need that Samsung seemed to ignore.

Transsion pushed its phones and to date, they have improved their hardware and software, receive intermittent updates, and offers several options ranging from N15,000 and above (current exchange rate).

You can say the same thing about Infinix, OPPO, itel, and Xiaomi, to mention a few. These companies understood what customers in developing nations needed, and offered just that. At the time they were growing, Samsung stuck to its guns by asking a little too much where the competition charged so much less.

One would also argue that the Samsung brand was already too big to water down by selling dirt cheap phones, but as expected, that hubris was accompanied with a high price: sales dropped for low-end phones amidst soaring growth for the mentioned Chinese competitors.

At a time, it appeared that Samsung was spinning its local business to selling the S and Note line of phones because the mid- and low-end segment did not command sufficient marketing that the former received. Of course, high-end phones rake in more profits, but let’s not forget that Nigerians, among other customers in developing economies cannot afford those devices (that continue to get dangerously expensive, but that is a story for another day). Thus, by blatantly ignoring the importance of a budget customer, Samsung lost its once glorified name in very short years.

ALSO READ:  Samsung to refund $10 to all Galaxy S4 users for cheating in speed tests

Really, a young Nigerian who has just graduated from secondary school and in need of a phone would not just walk into a store and splash N80,000+ (eighty thousand Naira and above for a Galaxy J7) when he or she can get a better deal for half the price. It is was a misstep that Samsung should have predicted, and rectified in a timely manner.

The launch of the new A Series

As mentioned, you will no longer see new J-series phones in store shelves. Their place will be taken by the A-series, whose new members include the Galaxy A10, A20, A30, A40, A70 and A80, most of which are already available locally. The cheapest of the group the A10 is about N40,000+.

Perhaps the most appealing aspect of these devices is that they pack some pretty good specifications for their price: they all have great cameras, Super AMOLED screens (that are so much better than their LCD rivals), sufficient storage and RAM, great designs with very minimal bezels and big batteries.

They are also shipped with Android 9 Pie on top of the already excellent One UI in a market where some phones are launching with Android 8.1 Oreo. I mean, there is little to cry foul of with the new offerings – and for the first time, buyers will feel that they are getting their money’s worth sans being shortchanged by the manufacturer as it has been the case in the past.

While I have not played with any of these smart toys, I’m confident their offerings are above par and will challenge their Chinese rivals. The A80, for instance, has a cool revolving and sliding mechanism that flips its triple cameras for your selfie-needs and I cannot wait to get hold of one.

Samsung knew it was not going to conquer its once excellent mid-range and low-end market by continuing to pull antiquated tactics that were no longer working. The market, while growing, has also matured. People know what they want in a phone because they are more informed. They understand the freedom of choice, and will unlikely pay more money for a device just because its brand name is solid. Those days are gone, and deep down, Samsung knew this, hence, the launch of the new, better and well-priced series of devices.

Will the new phones make a name for themselves? Probably, yes. But it was high time for Samsung to make its way back to the drawing table to reestablish its dominance, at least in the Nigerian market.

ALSO READ: List of Samsung Smartphones and Tablets To Get Android Pie in 2019

Why Do We Have Android On Microsoft Surface Duo Dual-Screen Smartphone?