Mozilla is working on a newÂ mobile browserÂ for Android called Fenix. The new browser is available as a development build currently and it will eventually replace Firefox for Android.

Firefox for Android has not really received much attention lately from Mozilla â€” this could be as a result of the development of Fenix browser. 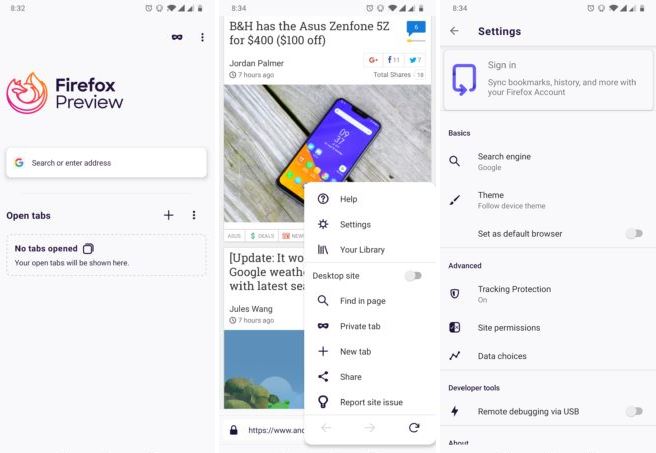 As spotted byÂ Ghacks, a support document published by Mozilla outlines the companyâ€™s plans for replacing Firefox (referred to as â€˜Fennecâ€™ in the document) with Fenix. Firefox 67 and 68 for Android will be released as previously planned (on May 14th and July 9th, respectively), but afterwards, the browser will only receive bug fixes and security patches.

The document did not say when Mozilla plans to finally release Fenix, but the current Firefox browser will reach End-Of-Life status sometime next year 2020. Support ends when Fenix is ready and users of the legacy version of Firefox for Android can be migrated to the new mobile browser.

Do you use Mozilla Firefox for Android? Is it fast or slow? Share your experience with us via the comment box below.

Google Chrome for Android Gets Dark Mode with Latest Update; How To Activate It

Telegram X gets a big update, comes with Notifications 2.0