The Infinix Note series is targeted at high productivity and creative populations. Core traits of the these devices are a big display, a big battery, and in recent times, an optional Xpen stylus. The Infinix Note 6 is the next to follow this pattern.

While Infinix Zero smartphones comes with the most powerful processors and the biggest RAM, Infinix Note smartphones are more concerned with longevity and so have more power efficient processors along with the big displays and batteries.

Features We Expect From The Infinix Note 6

The Note 5 and its variant, Note 5 Stylus, both run stock Android, which indicates the departure from the usual mix of Android and Infinix’s custom UI, XOS. Has this come to stay, or was that just an Android One experiment on the part of Infinix?

Personally, I think that stock Android on the Note 5 is a good thing and would also like to see it continue with subsequent Infinix Note smartphones. If I had to purchase an Infinix smartphone today, it would be the Note 5 Stylus. I like the stock Android experience (along with the prospects of speedy software updates), the big screen, the big battery, and the stylus.

I think the Infinix S4 is a much sleeker smartphone than the Note 5, but if Infinix Mobility would put stock Android in it and add the stylus functionality, I’d take it in place of the Note 5. You get the picture. Whatever happens with the Infinix Note 6, I want stock Android and an Xpen stylus in the package.

Despite the absence of XOS, the Note 5 smartphones had AI built in, and that is expected to be seen in the Infinix Note 6 as well. 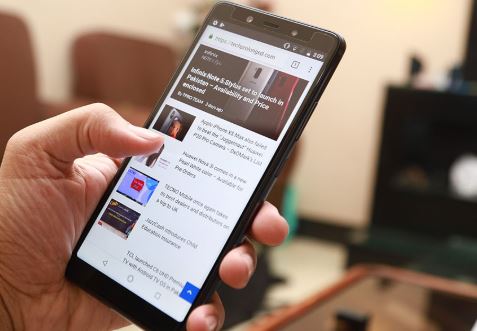 Of course, AI is mostly a buzz word on smartphones for now. Much of what is marketed as AI now is really no more than basic automation, but that is a conversation for another day. Here is a good article that deals with the subject well: AI in Smartphones: Separating Fact From Fiction, and Looking Ahead.

Whatever “AI” is on smartphones today, we will wait and see it on the Note 6.

The Note 5 has a single camera setup at the back. I definitely will like to see a dual camera at the least on the Note 6. A triple camera combination would not be bad either. After all, business/creative devices are allowed to be great camera phones as well. Take a look at Samsung’s Note series, which the Infinix Note range draws inspiration from.

We will definitely see at least a 4000 mAh battery along with fast charging on the official specs sheet.

A few years ago, Tecno Mobile and Infinix Mobility were two smartphone brands that offered succor to Glo 4G users. This has since changed. It will be nice to see 4G LTE band 28(700) support on the Note 6 when it is announced.

The lack of Glo 4G support is one of the factors that hold me back from using an Infinix smartphone: my preferred smartphone must support Glo’s 28(700) LTE band, as that is what I use for my personal Internet access. Neither the Note 5 nor the Note 5 Stylus has Glo 4G support. Bummer.

ALSO READ:  The Rise Of Chinese OLED Companies: Should Samsung & LG Be Bothered?

If we go by the regular calendar that the manufacturer has followed, we can expect the Note 6 to be announced/launched around September 2019.

One thing is for sure, if the Infinix Note 6 shows up ticking all the boxes above, it will become my favourite Infinix smartphone of 2019. Of course, by now, you should be able to tell that the Note 5 Stylus won my heart in 2018. It did, and if I were shopping for a mid-range smartphone right now, it would make my shortlist.

This is the list of Smartphones Powered By Mediatek Helio P70