Chrome Tab Groups are now available for Android and Desktop. How to Declutter Your Tabs

Chrome Tab Groups is a handy feature to come for both Android and the desktop counterpart for people who surf the net a lot and have multiple tabs open.

Google has been testing this functionality for a while and now you can create tab groups and partition your tabs for easier access and you also get to focus on Chrome Tab Groups of your preference especially if you want to be productive online.

How To Enable Chrome Tab Groups for Android 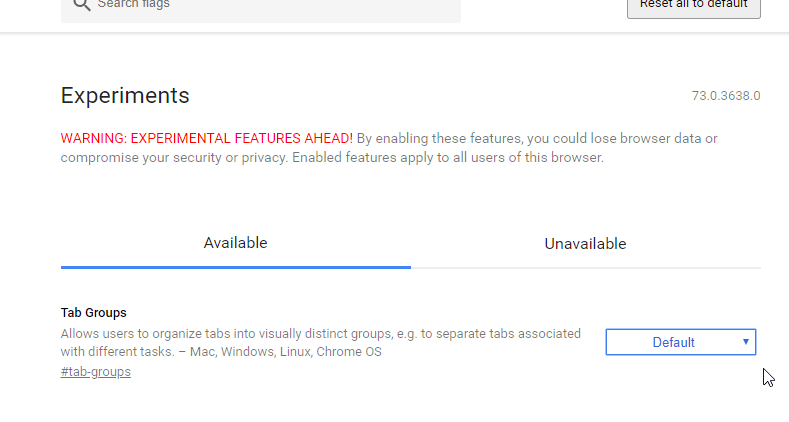 The default carousel tabs make it hard to focus on your productivity and with theÂ Chrome Tab Groups feature, you get toÂ keep tabs of the same task in easy reach and you view the small set of tabs you need at any given moment.

To open a new tab group, youÂ long-press on a link and click â€œadd to tab group.â€Â TheÂ Chrome Tab Groups feature opensÂ another layer of tabs in Chrome that looks like a single tab in the usual switcher. Within theÂ Chrome Tab Groups,Â any new tabs opened are a part of that group.

In the Play store app version ofÂ Canary, this feature isnâ€™t yet live and this feature on the updated app makes the app crash so many times, itâ€™s best to wait till it goes stable but thatâ€™s what this app is literally named after.

Each group has a header and a context menu as seen on the screenshot above. Hopefully, youâ€™ll get to collapseÂ the groups for maximum productivity.

The choice to organize tabs will come in handy for us who go down the rabbit hole that is internet for research or general browsing.

Chrome Tab Groups will be a popular feature when it finally rolls over to the general apps and desktop version and will replace the ton ofÂ extensionsÂ we have to get to manage our tabs.