Emtek had on Thursday announced that it will be shutting down its BBM consumer service May 31, 2019. However, BlackBerry has announced that users can switch to their enterprise-grade messaging service, BBM Enterprise (BBMe), instead.

Since 2016, Indonesian firm, Emtek, has been licensed to run BlackBerryâ€™s messaging app, BlackBerry Messenger (BBM). The company has announced today that they have been unable to compete and so are shutting down the service.

That is the bad news. The good news is that BlackBerry has announced that they are making their enterprise-grade end-to-end encrypted messaging platform, BBM Enterprise (BBMe), available for individual use, so existing BBM users can migrate to that. 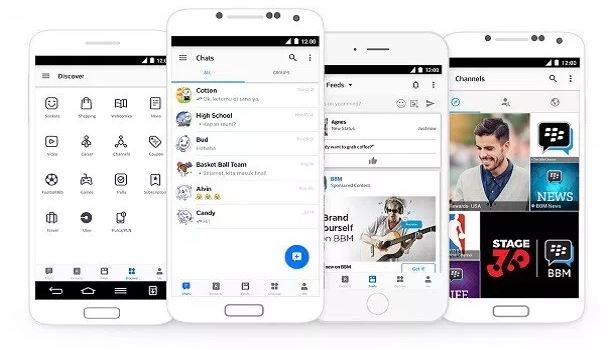 Good move by BlackBerry. What we at TellForce Blog wonders is why BlackBerry doesnâ€™t just take up the maintenance of BBM by itself instead of pushing BBMe as a replacement.

For one, BBM Enterprise is not a monertized service the way BBM has been. According to BlackBerry;

â€œthe service wonâ€™t ask for a phone number, suggest contacts to users, nor does it desire to know where users are messaging from, or what is being shared. The service only requires an email address to sign up unlike other apps.â€

As such, BBMe will be free to use for the first year, after which a 6-month subscription will be available for USD $2.49. In essence, BlackBerry admits that keeping BBM alive for consumers is a fruitless exercise and wants to target professional class users who are more willing to pay for for private and secure messaging service.

The features that BBMe offers include:

BBMe is available for download to devices that run Android, iOS, Windows and MAC operating systems. 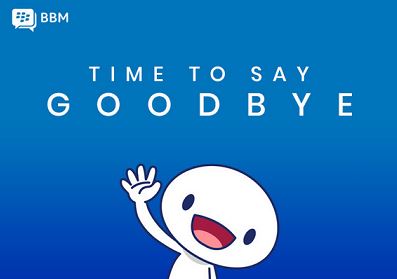 BlackBerry Messenger (BBM for consumer) has come a long way but will finally be laid to rest on the on 31st of May, 2019. TheÂ shutdown announcementÂ by Emtek reads:

Today weâ€™re announcing that we will be closing BBM consumer service on 31 May 2019.

Three years ago, we set out to reinvigorate BBM consumer service, one of the most loved instant messaging applications, as a cross-platform service where users can not only chat and share life experiences, but also consume content and use payment services.

We poured our hearts into making this a reality, and we are proud of what we have built to date.

The technology industry however, is very fluid, and in spite of our substantial efforts, users have moved on to other platforms, while new users proved difficult to sign on.

Though we are sad to say goodbye, the time has come to sunset the BBM consumer service, and for us to move on.

It is not certain how well BBMe will fare in the market, all things considered, but the outlook doesnâ€™t look good.

The deep level of encryption offered by BBMe is unique and an oasis of privacy in todayâ€™s world. But the consumer market voted against privacy a long time ago. This is evident from the fact that most privacy-focused services and devices have not done too well in the mobile space. BBM Enterprise is not likely to ramp up huge subscriber numbers, but it will be kept alive for as long as there are enough users to keep it profitable.

WhatsApp is available for BBM consumers to switch to. More security-conscious users may switch to Telegram and other free, encrypted services.