Following aÂ unexpected amd surprised settlement between Apple and Qualcomm after years of legal tussles, also Intel’s revelations its pulling out of the business of making 5G modems. The timing of this news can not be seen as mere coincidence.

AfterÂ initial litigationÂ began,Â Apple sacked QualcommÂ as a chip supplier and solely relied on Intel as its supplier of LTE modems for the past generation of iPhones. As 5G smartphones go up for sale this year, it was rumored that Appleâ€™s 2020 iPhones would feature 5G modems made by Intel. Now that Intel has pulled out of the race, Apple scrambled to figure out how it could compete in the developing 5G space.

The company will continue to meet current customer commitments for its existing 4G smartphone modem product line, but does not expect to launch 5G modem products in the smartphone space, including those originally planned for launches in 2020. 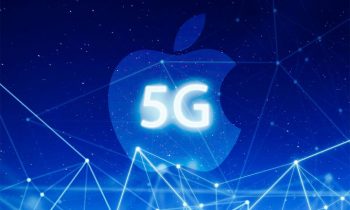 As their biggest competitors, neitherÂ SamsungÂ norÂ Huawei would supply Apple with 5G modems of their own. Apple quickly right up its relationship with Qualcomm, and with plenty of time to stay on the 2020 timeline that was initially rumored. MediaTek was even speculated to sell 5G modemsÂ to Apple, but that door is definitely closed for good now.

Intel will assess the need for 4G and 5G modems in PC and IoT devices and will continue to invest in its 5G network infrastructure business.

We are very excited about the opportunity in 5G and the ‘cloudification’ of the network, but in the smartphone modem business it has become apparent that there is no clear path to profitability and positive returns – Intel CEO Bob Swan

As for Apple and Qualcomm, the two companies settled for an undisclosed payment amount (from Apple to Qualcomm) as well as a six year licensing deal, effective April 1 2019. A multi-year chipset supply agreement was also part of the settlement. This means we might expect to see 5G modems in at least one of Appleâ€™s 2020 iPhones.

Apple and Qualcomm Unexpectedly Settled All Their Legal Disputes