If you are an old or new MTN subscriber, kindly be informed that the mobile operator is wooing you to come for pre-order for a Galaxy S10.

Before MTN though, Glo had already sent out invitation to its subscribers for pre-order of a Galaxy S10 from any GloWorld outlet. The sweetener in the offer is that you will get Samsung Galaxy Air pods worth N45,000. That is the deal that Samsung is giving everyone, by the way. It isn’t Glo’s idea. Wherever you pre-order the S10 from, you get the Air pods.

However MTN attempts to sweeten the deal further. In addition to the Samsung Galaxy Air pods worth N45,000, the yellow network is also offering 100% data bonus on every data purchase for 6 months. Which is cool, though we believe MTN are being clever. You do get 100% data bonus on MTN when you switch to ANY new smartphone. Pop in your SIM card in a new Infinix, itel or Nokia, and you qualify. 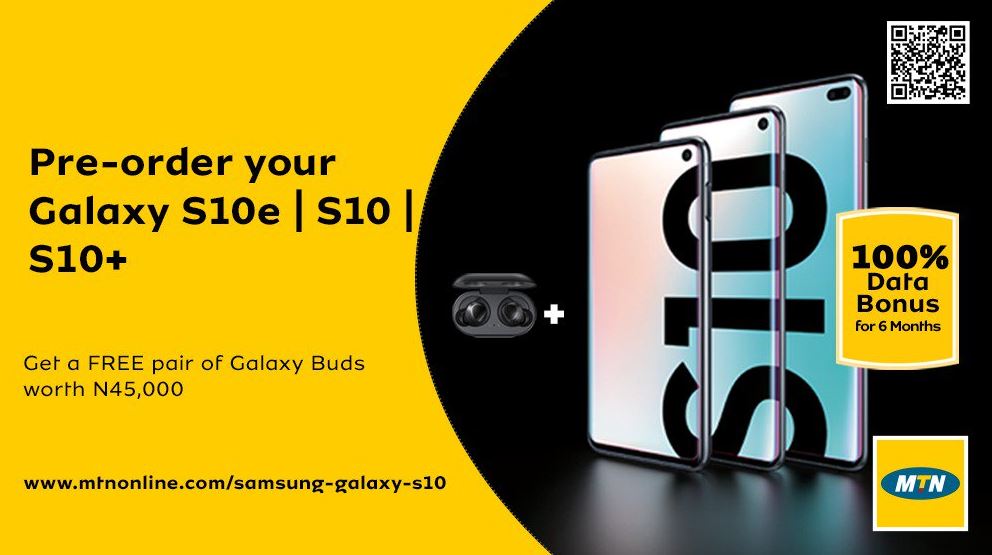 So this isn’t exclusive to the Samsung Galaxy S10 series. But it is cool marketing.

Which Galaxy S10 Offer Is Better Between MTN & Glo?

It depends on you. For some of m friends on MTN’s 4G service, they said it has been crappy for a while now. They struggle to exhaust the their subscription. So imagine, a double data offer with such a less than pleasant experience is not so appealing to me at this point.

Plus, Glo’s data plans are much more affordable than MTN’s already anyway. From my calculations, I still get better data volume per naira on Glo even with MTN’s double data offer. So, MTN’s Galaxy S10 offer is sweeter on paper, but in reality it is not so exciting.

ALSO READ:  MTN CallerTunez service: All You Need To Know

So, which of the two offers are you going to take?

How To Become An MTN MoMo Agent (Mobile Money Agent)