WhatsApp Business app was announced back in September 2017 and was made available the next year in January. But, the Facebook-Owned WhatsApp only launched the app on Android and there’s been no word from the company about its availability on iOS.

Fast forward to February this year, WhatsApp Business made it to iOS in the form a beta version, and it appears the testing was successful as the stable version is now finally available on the App Store. 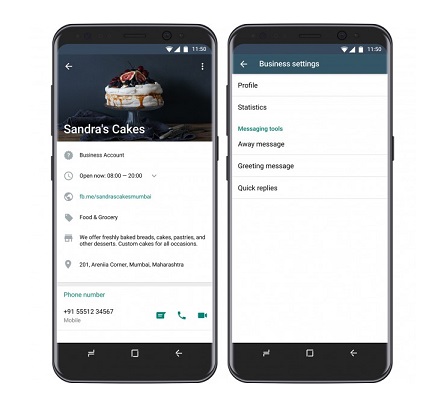 WhatsApp is yet to officially announced the launch of its Business app on iOS, but WABetaInfo reports the app is available in Mexico. Users from Brazil, Argentina, and France also confirmed the availability of WhatsApp Business for iOS in their countries.

Unlike WhatsApp Messenger, WhatsApp Business is a standalone app targets businesses. It comes with features like away message, greeting message, and quick replies. It also lets businesses add information like working hours, address, and links to social media account or website to their profile page.

If you live in a country other than the ones mentioned above and find WhatsApp Business on the App Store, share your experience with us via the comment box below.