Nigeria, the self-acclaimed Giant of Africa, is one of the biggest countries in the dark continent. With 36 states including its capital Abuja, the Nigeria map is needed should you ever need to know the geographical location of all the states. 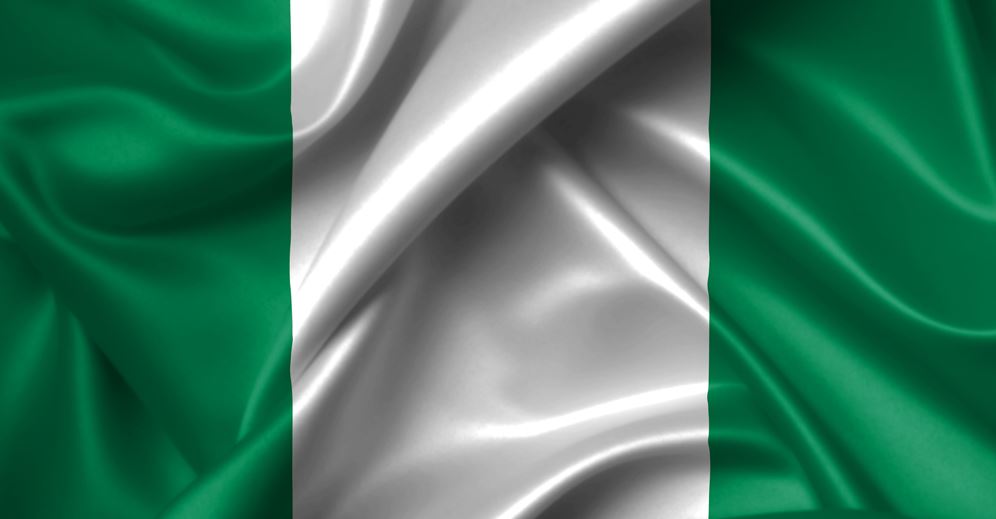 This is why we have this post for you about Nigeria map and its 36 states. With this post, you can gather facts about the various states and come up with an idea for a security question and answer.

Nigeria Map with all 36 States 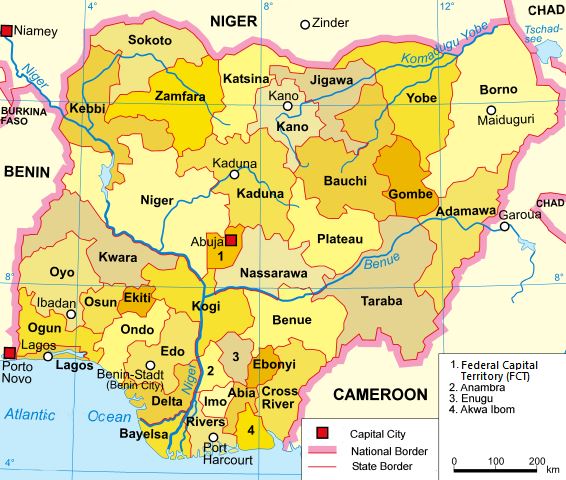 Created from Imo State in 1991, Abia is located in the South Eastern part of Nigeria. The state has one of the most vibrant cities in Nigeria-Aba. The stateâ€™s capital is Umuahia, and the stateâ€™s slogan is Godâ€™s own state.

Originally seen as the Land of Peace, Sunshine, and Hospitality, this state is located in the North Eastern part of Nigeria. But it has changed its slogan to the â€œHighest Peak of the Nation.â€ The capital of Adamawa is Yola.

Akwa Ibom is located along the coast of Southern Nigeria. Its slogan is the Land of Promise while its capital is Uyo. Itâ€™s the highest oil and gas producing state in Nigeria.

Anambra shares boundaries with Delta, Kogi, Enugu and Rivers State. The capital of Anambra is Awka while its slogan is Light of the Nation.

This state lies at the North Eastern part of Nigeria and shares a boundary with the Jos Plateau. The state slogan is Pearl of Tourism while the capital of the state is Bauchi City.

This state comes as one of the oil-rich states in Nigeria. Its capital is Yenagoa. The stateâ€™s slogan is Glory of all Lands.

Commonly seen as Food Basket of the Nation, Benue is the home to many farmers. Its capital is Makurdi.

The capital of Borno State is, and its slogan is the Home of Peace.

This state is famous for tourist centers such as the Obudu Hills and events like the Calabar Christmas Carnival, Cross River. It also serves as one of the most beautiful locations in Nigeria which give it the slogan â€“ the Peopleâ€™s Paradise.

Asaba is the capital of Delta State while the stateâ€™s slogan is the Finger of God. The state is the location of one of the most popular towns in the country, Warri.

Regarded as the Salt of the Nation, Ebonyi was carved out from Abia and Enugu in 1996. The capital of Ebony is Abakaliki.

The capital of Edo state is Benin City. It stands as the location of the famous Benin Empire. The slogan is the Heartbeat of the Nation.

This South Western state was carved from Ondo State in 1996. Ado Ekiti is itâ€™s capital while its slogan is the Land of Honour and Integrity.

Enugu is home to Nigeriaâ€™s coal mines; hence itâ€™s named â€œthe Coal City.â€ The state is found at the South Eastern region of Nigeria. The capital of Enugu is Enugu.

Gombe was created from Bauchi State in 1996 with its capital in Gombe. Itâ€™s located at the North Eastern part of Nigeria and has the slogan the Jewel in the Savannah.

Originally seen as the Land of Hope, Imo has since changed its slogan to the Eastern Heartland. This stateâ€™ s capital city is Owerri.

This beautiful state shares boundaries with four different states namely Kano, Katsina, Bauchi, and Yobe. Its located in the North Western part of the country and has the slogan â€ the New World.â€ The capital of Jigawa is Duste.

Considered as the Centre of Learning, the North Western city has Kaduna city as its capital. Itâ€™s clearly visible at the centre of Nigeria map.

Kano State is one of the biggest cities in Nigeria and has its capital in Kano. The state was created in 1967 and is a significant source of many agric products hence its name the Centre of Commerce.

This North Western state was carved in 1987 from Kaduna. It has its capital as Kastina with its slogan as the State of Hospitality.

Birinin Kebbi is the capital of this state. Its also called the Land of Equity.

Regarded as the Confluence State, Kogi is the location where the Rivers Niger and Benue meet. Both rivers meet at the state capital in Lokoja.

With its slogan as the State of Harmony, Kwara State is located in Nigeriaâ€™s Middle Belt. Its capital is in Ilorin.

Lagos is one of the most economic centres in Nigeria. It has one of the largest populations in Nigeria with over 20 million residents. Ikeja is the capital of Lagos State. Itâ€™s hard to miss this state on the Nigeria map.

The capital of Nasarawa State is Lafia. Popularly known as the home of Solid Minerals, these state shares boundaries with Abuja, the capital city of Nigeria.

The capital is Minna and its the home of the Kainji Dam, hence its name the Power State.

Popular for its hills and notably the Olumo Rock, Ogun State is known as the Gateway State. Its capital is Abeokuta.

Another South Western state, Ondo has its slogan as the Sunshine State. The Capital of Ondo State is Akure.

The slogan of Osun State is the Land of Virtue, and the capital is Oshogbo. The state is located at the South Western part of the country.

Oyo State is known as the Pacesetter state. Itâ€™s also the location of the largest city in West Africa, Ibadan. The same town also serves as its capital.

Located at the Middle Belt, this beautiful state has its capital at Jos. The stateâ€™s slogan is Home of Peace and Tourism.

Rivers State is called the Treasure Base of the Nation with Port Harcourt as its capital. This part of Nigeria is one of the oil producing locations of the country.

The capital of this Northern state is Sokoto. Itâ€™s known as the Seat of the Caliphate.

Jalingo is Tarabaâ€™s State capital.Â  The state has the slogan â€ Natureâ€™s Gift to the Nation.â€

Yobe was created in 1991 with its capital city as Damaturu. The slogan of Yobe is the Pride of the Sahel.

Zamfara was formed in 1996 and has the slogan â€œFarming is Our Pride. The capital city is Gusau.

itelâ€™s latest Power Series phones, P33 and P33 Plus, put the power in your control